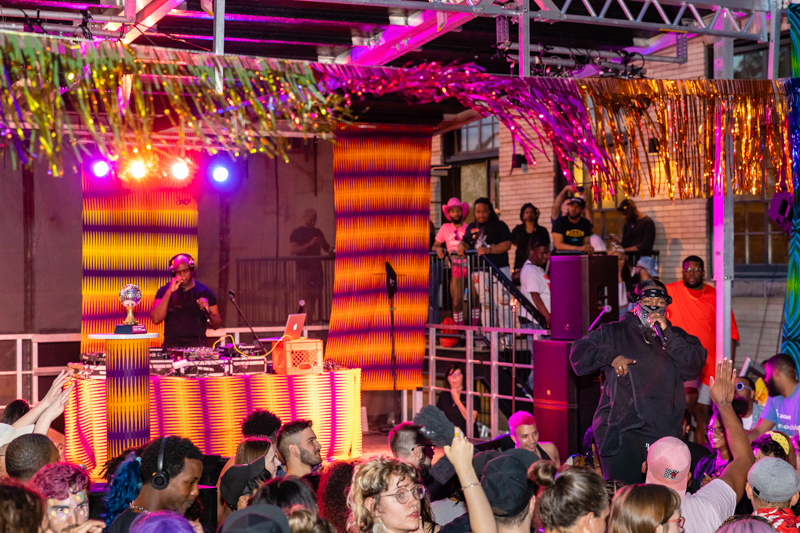 While the number of documented HIV infections in Allegheny County has declined over the past two years, the rate of infection reported among black men who have sex with men (MSM, in clinic parlance) is alarmingly high compared with the overall population.

With that in mind, AIDS Free Pittsburgh used the opening weekend of 2019 Pride to host a free, festive street party at East Liberty's Ace Hotel, where more than 600 people enjoyed live music and performances, danced into the wee hours, and took advantage of free healthcare screenings. 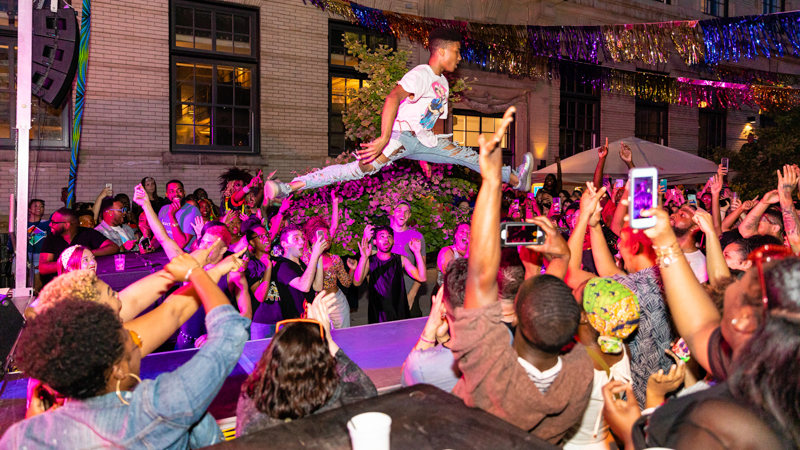 The vogue dance battle at Too Hot for July.

AIDS Free Pittsburgh is a coalition of regional stakeholders to support and improve the care of people living with HIV/AIDS, as well as of HIV-free people in high-risk communities. The Jewish Healthcare Foundation is a founding member.

June 6 was the AIDS Free Pittsburgh's annual biomedical awareness event, sponsored in partnership with several LGBTQ organizations. This year they included SisTersPGH, an advocacy and housing support organization for transgender/nonbinary people, and Honcho, which organizes monthly dance parties. Another key sponsor was True T PGH, which since 2012 has organized balls part of the house-ballroom scene, which can include drag shows and voguing competitions to celebrate the LGBTQ community and raise money for services and support to marginalized people of color within the community.

Named Too Hot for July, the party included performances by RCA recording artist Leikeli47 and singer moon baby. The DJs for the event were DJs Grace, HUNY, and New Word Dysorder. A vogue dance battle capped the evening with high energy and positivity – and for the winner, a trophy and $350 prize. 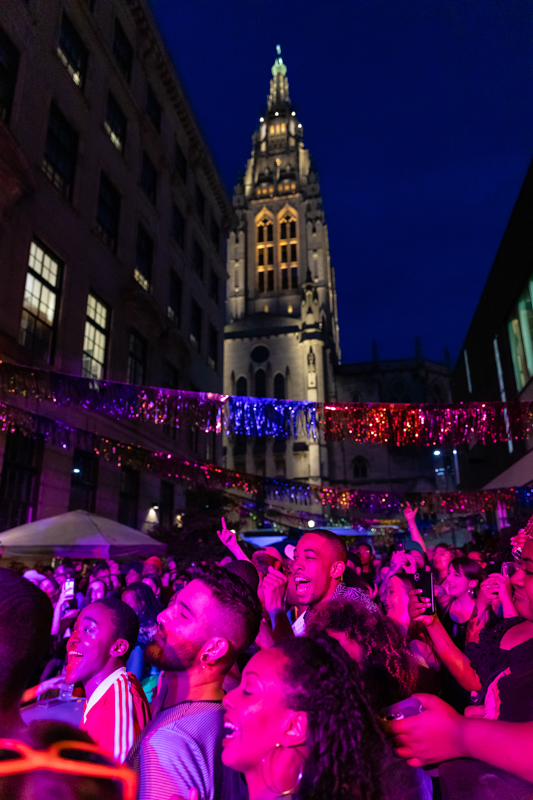 Attendees enjoy the atmosphere at the Ace Hotel.

But the real win for AIDS Free Pittsburgh was extending its reach. More than twice as many people attended the event as last year, and 40 individuals were screened for HIV and other STIs. Central Outreach Wellness Center and Planned Parenthood of Western PA conducted the screenings, and along with other community healthcare providers shared information in advancements in HIV prevention and treatment and answered other health and wellness questions in an upbeat, welcoming setting.

Too Hot for July Events Coming in August