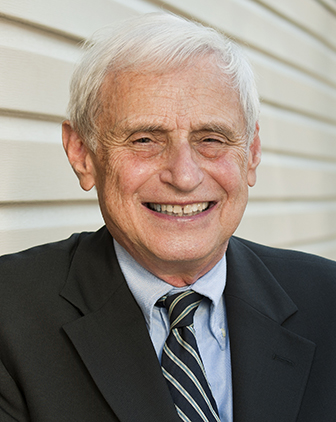 The staff and Board leadership at the Jewish Healthcare Foundation (JHF) salute the memory of Moe Coleman.

Moe, a former JHF Board member and Director Emeritus of the Institute of Politics of the University of Pittsburgh and Professor Emeritus, University of Pittsburgh School of Social Work, passed away on January 28. Moe was a resident at Weinberg Terrace, an affiliate of the Jewish Association on Aging (JAA). The Foundation, with Moe's enthusiasm, made a $35 million commitment to enhance the continuum of care provided at the JAA. Moe was a tireless friend of the aging, the poor, and the disadvantaged.

Moe participated actively on the JHF Board and its Distribution Committee from 1998 to 2003.The Foundation benefited from Moe's passion for vulnerable populations and his experience in community organizing. During that period, and with Moe's typically enthusiastic engagement, JHF created some new and lasting institutions for our region, including the JAA, Squirrel Hill Health Center, Squirrel Hill Food Pantry, Consumer Health Coalition, Pennsylvania Health Law Project, Coordinated Care Network, and the Juvenile Court Master's Program.

Moe was committed to educating the next generation of health professionals. His passion led him to become actively involved in establishing our Fellowship programs and Health Careers Futures (HCF) operating arm.

The Foundation's relationship with Moe continued long after his term on the Board. Moe appointed JHF President and CEO Karen Wolk Feinstein, PhD, to a leadership position at the Institute of Politics, chairing an effort in 2013 to review our state's policies regarding the ability of frail seniors to remain in their homes. Moe worked in partnership with JHF and the Pennsylvania Health Funders Collaborative to develop a white paper, titled "The Future of Medicaid Long-Term Care Services in Pennsylvania: A Wake up Call." This paper served as a catalyst for Governor Tom Wolf to establish the new Managed Long-Term Services and Supports effort, called Community HealthChoices, that allows seniors to stay in the community to receive longterm care services.

Dr. Feinstein was honored to receive the Moe Coleman Award in 2009. Established in 2006, the Coleman Award annually recognizes a community leader who has made a lasting, positive impact on the region through personal example and sustained generosity.

"Pittsburgh has lost a remarkable leader — even more remarkable because he didn't lead from a position of power; he didn't lead by force or backroom deals; he never regarded himself as exceptional. But he was," Dr. Feinstein says. "This gentle friend of the Foundation, my partner in progressive policy change, an apologist and optimist who found something good in everyone, will be sorely missed."

Read the Post-Gazette's January 29 obituary, "Morton 'Moe' Coleman / Social worker was 'connective tissue' of Pittsburgh," and an appreciation from Edie Shapira and Maxwell King of The Pittsburgh Foundation.