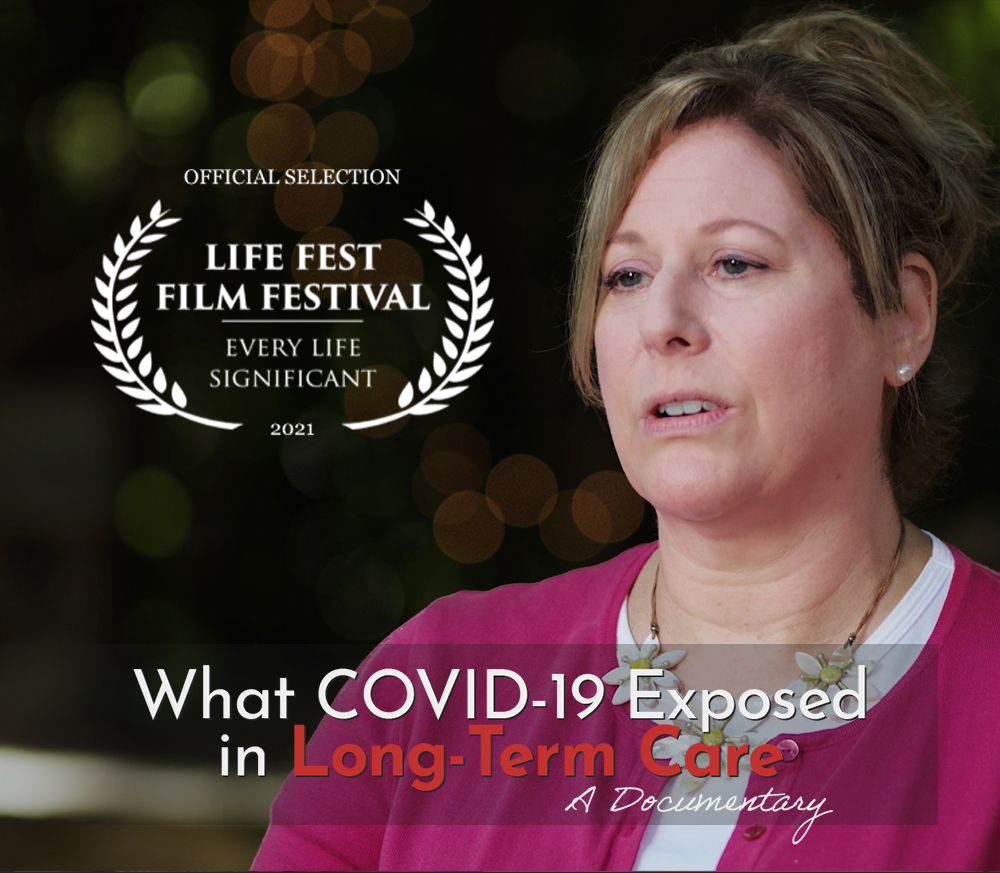 The Jewish Healthcare Foundation is pleased to announce that our short documentary, What COVID-19 Exposed in Long-Term Care, has been selected for the August 26–31, 2021 Life Film Festival. This is the fourth film festival selection for the documentary, after screenings by WQED and at nationwide senior health and aging organizations, including Jewish Funders Learning Network, the Southwestern PA Partnerships for Aging, the Pennsylvania Geriatrics Society-Western Division, and the Coalition for Quality at End of Life.

Located in Sacramento, California, the Life Film Festival is a world-wide film festival dedicated to showcasing films that affirm the importance of the human experience and the unique value of every life.

The documentary was previously selected for the 2021 Manhattan Film Festival, which annually produces a diverse film lineup of established, emerging, and student filmmakers and was the first to introduce a virtual platform. The Marina del Rey Film Festival selected the documentary for its 2021 festival. The festival was created in 2012 as a world-class independent film festival on the westside of Los Angeles for independent filmmakers. The documentary won the Jury's Choice Award at the 2021 A Show for a Change Film Festival, which showcases compelling visual works that have a socially conscious message and the potential to drive substantial social impact.