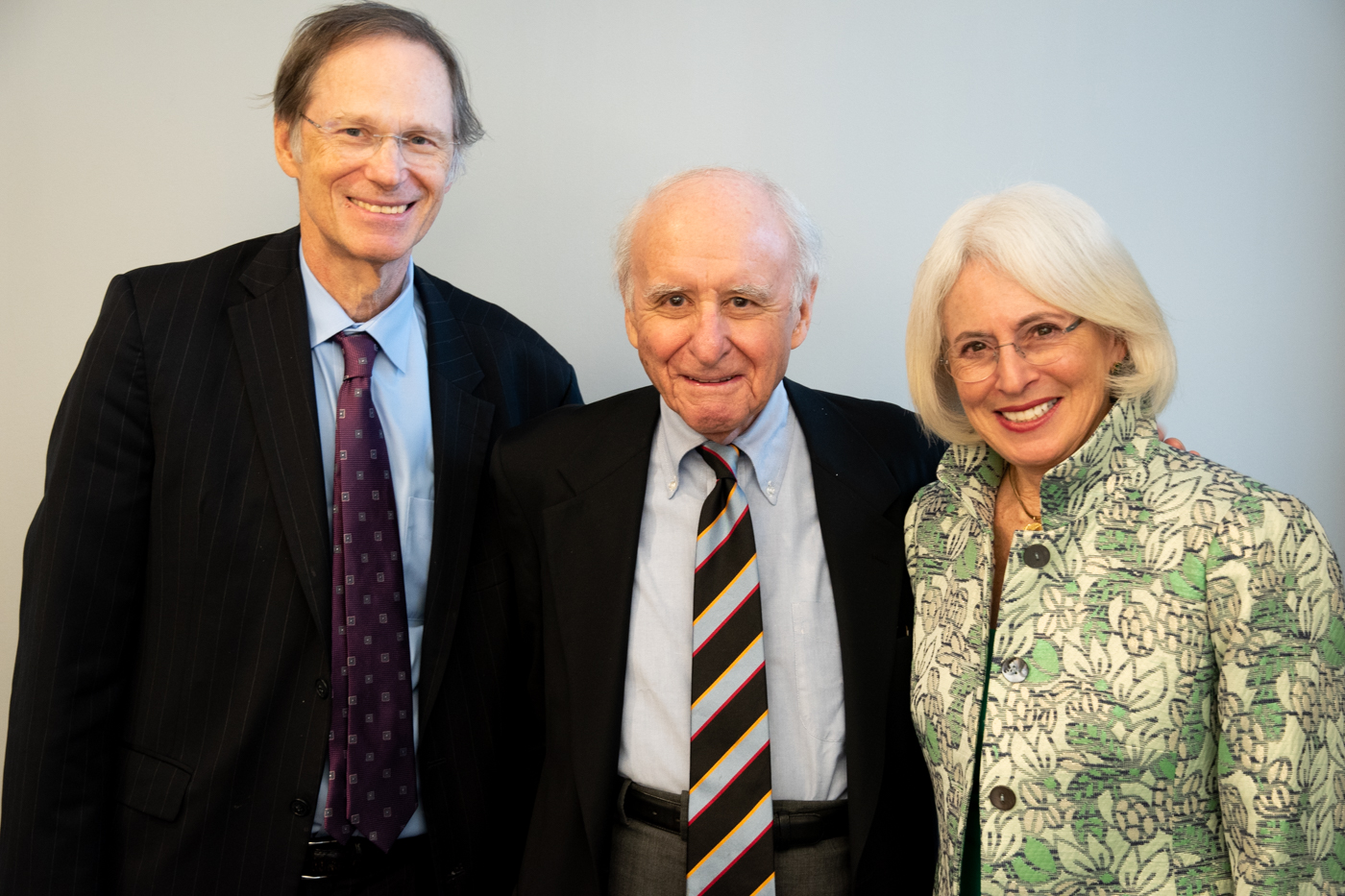 On August 26, JHF trustees paid tribute to former Jewish Healthcare Foundation Board Chair Farrell Rubenstein for his roles both in creating the foundation as a legacy organization to Montefiore Hospital, and for his strong leadership from 2000-2002 as its fourth chairman. Rubenstein will be honored on September 5 by the Jewish Federation of Pittsburgh with the prestigious Emanuel Spector Award, which recognizes individual contributions to local philanthropy.

"Farrell has been a part of the Jewish Healthcare Foundation's story since before the foundation officially existed," said Karen Wolk Feinstein, JHF President. Rubenstein was the chair of the University of Pittsburgh Board of Trustees' Health Sciences Committee in the late 1980s, a time when Montefiore Hospital was struggling financially. In autumn 1998, the leadership of both the university and hospital gathered to discuss its fate.

"The meeting went on for hours," Rubenstein recalled. "It became increasingly obvious that the hospital wasn't going to walk away ahead of the game. Finally, Montefiore board chairman Stanley Gumberg said, 'Why don't you buy us?'"

Gumberg and Rubenstein negotiated the sale. UPMC transferred $75 million to form the endowment of what was then called the Montefiore Foundation. As current JHF Chair

David Ehrenwerth recounted, Rubenstein was at one time or another on all sides of the transaction: in board leadership at Pitt, Montefiore and finally JHF. "That is quite unique." It took a special person to address community concerns during the sometimes-tense transition.

Feinstein detailed several major initiatives during Rubenstein's tenure as chair. These include establishing the foundation as a leader in healthcare workforce development, creating fellowships for graduate students, and launching Working Hearts, a cornerstone of the women's health agenda that lives on through WHAMglobal. JHF seeded the mental health court; now it is deeply involved in adolescent behavioral health through the 15217 initiative and other advocacy efforts. "The creation of Perfecting Patient Care University to address medical error sealed our leadership in work that still continues to this day," she said.

Jim Rogal recounted that his father, Alvin Rogal (JHF's first chair), spoke often of his respect for Rubenstein's leadership and wisdom, and often sought his advice and counsel.

Rubenstein said he is proud of his appointment of Rick Rosen to chair the investment committee. Under Rosen's leadership, the original JHF corpus ($45 million plus $30 million over five years) has grown into about $135 million, even though the foundation has provided more than that amount in disbursements over time.

As Ehrenwerth summed up: "We owe Farrell for our birth, our growth and our successful existence."

Quipped Rubenstein: "In the end it all worked out, but like in the Bible, it started with chaos."