Before and during the April 10-12 International Women's Forum conference in Barcelona, JHF staff studied the outstanding work in Alzheimer's research and senior care in Spain, which has one of the world's highest longevity rates. JHF President Karen Wolk Feinstein was joined by JHF COO and Chief Program Officer Nancy Zionts, MBA, and Women's Health Specialist Kate Dickerson, MSc. They visited two sites in Barcelona and, before the conference, facilities in Madrid and Valencia.

The life expectancy in Spain is on target to surpass that of Japan by the year 2050. To prepare for the challenges that will accompany an aging population, Spain is focused on developing models of care to address the expected increase in neurological disorders such as Alzheimer's and Parkinson's disease.

Spain's approach to Alzheimer's emphasizes early identification and diagnosis, personal attention to patients, and programs for families. People living with the disease are kept in the community for as long as possible. Other strategic areas include increasing awareness to reduce stigma, training professionals and promoting research in areas such as epidemiological studies, risk factors, new drug therapies or non-drug therapies. 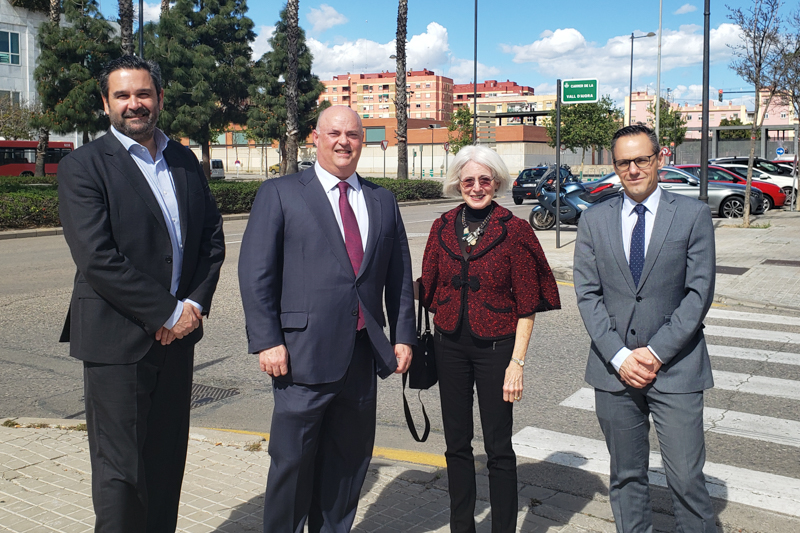 At Madrid's Queen Sofia Foundation Alzheimer Center, for example, 100 percent of the patients have the diagnosis and the entire staff is trained in dementia care — in contrast to U.S. facilities, where dementia is present in a majority of facilities serving the elderly, but is not a condition for admission, or a consistent focus of staff training. Throughout Spain, there are many neighborhood "zip code" level associations providing training on symptoms and management for families. The goal is to raise awareness of the disease and to create community level engagement to support persons with dementia and their caregivers throughout their journey.

In Madrid, JHF staff learned from leaders of the Queen Sofia Foundation about their work in Alzheimer's disease research and treatment which treats persons with all stages of dementia in stratified day and inpatient programs. In Valencia, they visited the Ribera Salud Hospital System, which is reinventing chronic care management using a care and finance model akin to and predating Accountable Care Organizations in this country. And the two site visits in Barcelona were focused on dementia care: the ACE Foundation, which operates a day center and a research facility; and the Pasqual Maragall Foundation for Research on Alzheimer's, named for the popular former mayor of Barcelona who announced his Alzheimer's diagnosis in 2007 as a means of raising awareness and funds to combat the disease.