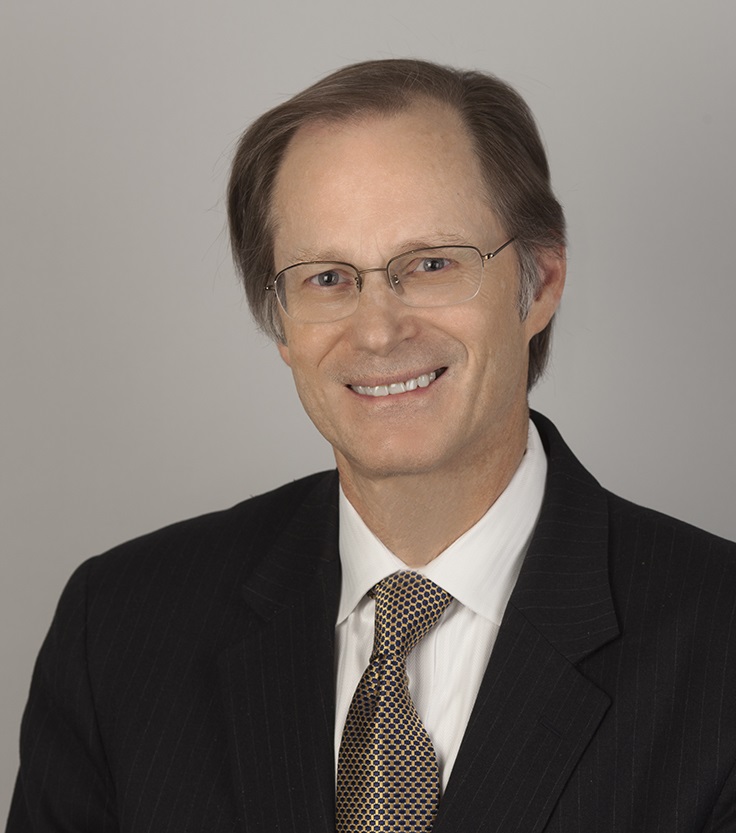 'I am probably a bit more meat and potatoes than some'

When David Ehrenwerth became JHF board chair in 2018, there was no need for an orientation session. He was present at the creation of the Foundation in 1990. As a board member of Montefiore Hospital and one of its lawyers, he handled the sale of Montefiore to UPMC and the transfer of funds to establish the Jewish Healthcare Foundation. Mr. Ehrenwerth served as one of the original trustees. He has supported the Foundation's work every step of the way.

A partner at K&L Gates since 1979, Mr. Ehrenwerth, a native of Duquesne in the Mon Valley, has been involved in politics and public service throughout his career. After graduating from Harvard Law in 1972, he worked as an assistant attorney general for Pennsylvania before joining the firm in 1974. He started out supporting moderate Republicans like John Heinz and Dick Thornburgh, and later switched allegiances to the Democratic Party. He served in the Obama Administration from 2010 through 2012, serving as a regional administrator of the General Services Administration and later associate commissioner of the U.S. Public Buildings Service.

His attitude toward public service was enhanced by, of all people, the folk singer Mary Travers. "Long ago, I met her at an event after a Peter, Paul & Mary performance. She asked what I was doing. I said that I used to be in government, but kind of meekly told her that I was at a private law firm now. She said, 'You know, David, there are many seasons in life. And you have to be in and out of all of them to live a well-rounded life. So you enjoy what you are doing now, and maybe you will go back some other time.' I said, 'Thank you, Mary.' I always remember that."

While he keeps busy with his law practice and charitable work, Mr. Ehrenwerth did find time to write a book about his family and personal history: "From Duquesne, the Town, to Duquesne, the Club: My Journey."

Mr. Ehrenwerth's son, Justin, is a lawyer who worked in the White House Counsel's Office and the Commerce Department in the Obama Administration; he now president of an international environmental non-profit based in the Gulf Coast. His daughter, Lindsey, is a family therapist specializing in working with children and their parents. He has two stepdaughters: Lissa, a psychologist, and Alexis, a physician. He and wife, Judy, live in Squirrel Hill.

What do you envision and hope to accomplish during your time as the board chair?

My goal is onward and upward! The machine is well established and well oiled. Once you have that machine, then the question is, what road to go down? To me, it's continued vigilance about the most significant issues, and making sure we are well positioned to deal with them. We have to be responsive to our world. Certainly and unfortunately one such example is the Tree of Life tragedy, and all of the health-related, including mental health in particular, issues that come out of that.

We can, on our own and with the big coalitions, have an impact on the changing healthcare environment. It's a tapestry of things, with the simply stated goal of having people stay healthy longer, and when they need medical help, getting it effectively, in a high-quality way, at a proper cost. During my tenure, I would like to move the ball in those directions.

Sometimes this question reminds me of what families and parents are supposed to do. You want to do the best for your kids. Ultimately you are the link between the prior generation and the next generation. We are starting with a wonderful base at JHF and, during my humble term, anything I can do to improve it is my goal.

As I reflect on my legal career, I've had the exciting opportunity to work on a variety of significant projects. Working on the transformation of Montefiore would have to be very near the top of the list, both in terms of a highly meaningful experience as a business lawyer and as a community activist, followed by my various levels of involvement at the Foundation over the years. I am tickled to have the chance to do it.

What advice do you give to people who are thinking about becoming a board member at a nonprofit?

I think that public service, which includes service on boards, is a wonderful contribution to your community and society. It's one of the few things you do in life that, when you get up in the morning, you do it because you want to without expecting anything tangible in return. The payday is satisfaction and helping one's fellow human beings.

You have to ask: Why are you on the board? You are there because you can bring something to bear on the mission of the board. So when you go to these meetings, ask yourself: Are the reports you are receiving correct and do they address the most pressing issues? If not, raise questions. Are they talking about the right things? Are they doing things to make society better?

You are there to speak up, not to be quiet.

Pick your targets. You should be on a limited number of boards that you can handle well, and show up and actively participate. Otherwise your name is on a list, and that doesn't do much.

Tell us about your work in the Obama Administration.

I am a general business lawyer and one of my major fortes had been real estate development. The federal government has the largest real estate portfolio in the country. We are always building more.

We can use this as an economic development catalyst, I believed, and they accepted my idea. Let's put the new courthouse in the depressed part of the community, and stimulate jobs and urban renewal. You can do social engineering as well as cost-effective real estate development. I was excited at the prospect of trying to practice what I preach.

The work was very satisfying, and it was a pleasure to work alongside the career government staff, who are knowledgeable and dedicated. My fellow political appointees brought a great deal of passion to the job, and worked long hours.

There is a downside: We live a horribly bifurcated political system, and it is very hard to convince the other side that what you want to do is right, even if you think it's right.

However, if you talk to partisans officials privately — away from congressional committees — sometimes you can make progress. I found that when my job was to decide where to place a new facility, and I met privately with the senators and House members involved, both Democrats and Republicans were in favor of our fostering economic development in their state.

What are the passions and interests that drive you?

I am probably a bit more meat and potatoes than some. When I think about what's important to me, I think about my family and friends, my religion, my career, my charitable involvements, my politics. And if I can keep those things center stage, I don't necessarily need to take a trip around the world every day.

I have always worked on political campaigns, and it's been exciting when the dynamic and forward-looking people I've helped have won. I've been a bridesmaid more than a bride, in the sense that I have never chosen to run for anything, but it's wonderful when you can try to have an impact, and say that at the end of the day, you have helped someone who can better our society. At the same time, my quite enjoyable and challenging law practice and very supportive firm have been the key to my professional life. It's great to be able to have a balanced life of legal career, civic engagement, and family. It's most satisfying to be able to provide for your dear ones, and go home and have some good soup.

Tikkun Olam — Repair the World — has been an overriding theme for much of what we have been talking about.

When I was in law school and trying to figure out what kind of career to have, I went to talk to an older, bright professor I had when I was an undergraduate at University of Pittsburgh. And he said to me, "Is it more important what car you drive, or to where you drive your car?" His point was — what's really the goal? Is it the highest level of personal possessions, or being able to contribute? Again, there's no vow of poverty, but I think the balancing act is the key.

That's what I think the answer is: Tikkun Olam should be a big part of one's life, and if you miss that, you miss what you should be doing and the satisfaction that comes with it.

This is the first in an ongoing JHF News Feature: Profiles of Board Members

Debra Caplan Recognized as JHF's Volunteer of the Year

End of year JHF board meeting