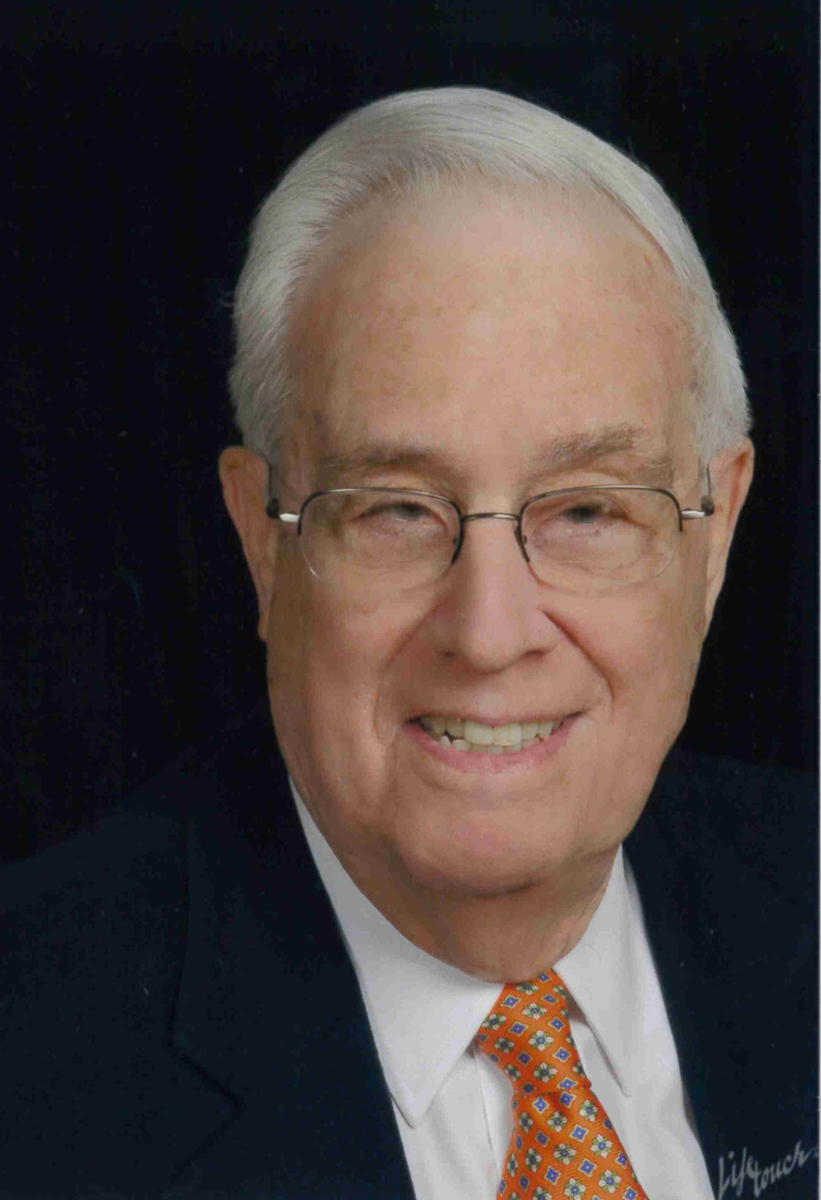 "To serve on a charitable board… if you can't give money, be able to get it."

Dick Simon, 98 years young, is the longest-serving trustee of the Jewish Healthcare Foundation and Montefiore Hospital, with more than 65 years of combined service between the two organizations. Mr. Simon was present at the creation of the Foundation, and over his years of service, he has guided JHF as a member of its Finance and Distribution Committees as well as heading one of its Grant Assessment Teams. Mr. Simon is also well known for his leadership, generosity, and volunteer work supporting a variety of civic-minded organizations, including the Ladies Hospital Aid Society (where his late wife Nancy had been a member and leader for decades) and Zeta Beta Tau, the world's first Jewish fraternity. In addition to his community work, Mr. Simon helped develop his family business, Armstrong Kover Kwick, into an international leader in fabrication products for the metal processing industry. Mr. Simon's late father, Israel "I.A." Simon, played a vital role in developing the former Jewish Home for the Aged, and he inspired much of Mr. Simon's philanthropic and community work.

What is one your accomplishments of which you are most proud?

I've always been a fundraiser, and one of my favorite moments was early in my days on the Montefiore Board. Sidney Bergman, then the chief operating officer at Montefiore, had just gone to a meeting in San Francisco. He came home and he was all bubbly. He had heard about something that he thought would be wonderful for Montefiore Hospital. There was only one hospital in the country that was doing it at the time. And he thought Montefiore should do it. Unfortunately, the board wanted a very tight budget, and there was no money to do this program. So I got a group of friends together and we decided to go out every month and raise one or two or three thousand dollars to start this program and keep it going. We did that for six or eight months until the board finally put it in the budget. Do you know what program I'm talking about? Home Care. We were the second hospital in the country that had a Home Care program.

When there was talk of starting of the Foundation – what went through your mind?

The main thing that drove us – the Board of Montefiore – at that particular time was getting someone to run the Foundation. That was the primary thing that faced us. We hired Robert Hiller, who had been the executive director of the United Jewish Federation of Pittsburgh before he went to Baltimore, to come and create a search committee. He was the one who brought in Karen. That was really the prime thing that set up the Foundation in the best way.

This is the easiest question to answer. Karen is filled with innovative and new ideas on how to make things better. She has Nancy Zionts on the one side to make sure things get done and then on the other side she has a board who believes in her. That has been the most important thing. The leadership that the board has been able to maintain is why JHF is so unique. I think one of the real successes in the early days, the linchpin in all of the board's work, was the sterling duty that Alvin Rogal did for the community during his time in leadership on the board.

Over the years, you have had many options for ways to spend your time – why have you stayed involved with the Jewish Healthcare Foundation?

The answer to that question also goes back to Karen. Every board meeting is a delight. There is always something going on and that is because of the leadership of Karen. That is what keeps everyone really interested. The attendance for the board meetings is tremendous because the work and vision is consistently engaging and meaningful.

What passions and interests have driven you over your career?

My father's work in helping to create what is now the Jewish Association on Aging shaped my interest in seniors. From very early on, starting in about 1940, I've also been involved with the first Jewish fraternity. Mainly I've been interested in impacting youth and seniors throughout my career.

You have been able to accomplish a lot but what advice would you give to a younger version of yourself?

I would say to first, find yourself a couple of good mentors, and second, start off at the highest level that you can and work up. My first job in the community was to chair the young adult division and by doing so, it led to a place on the Montefiore Board. That was my first job and that was around 1951.

JHF Board Convenes for August 2021