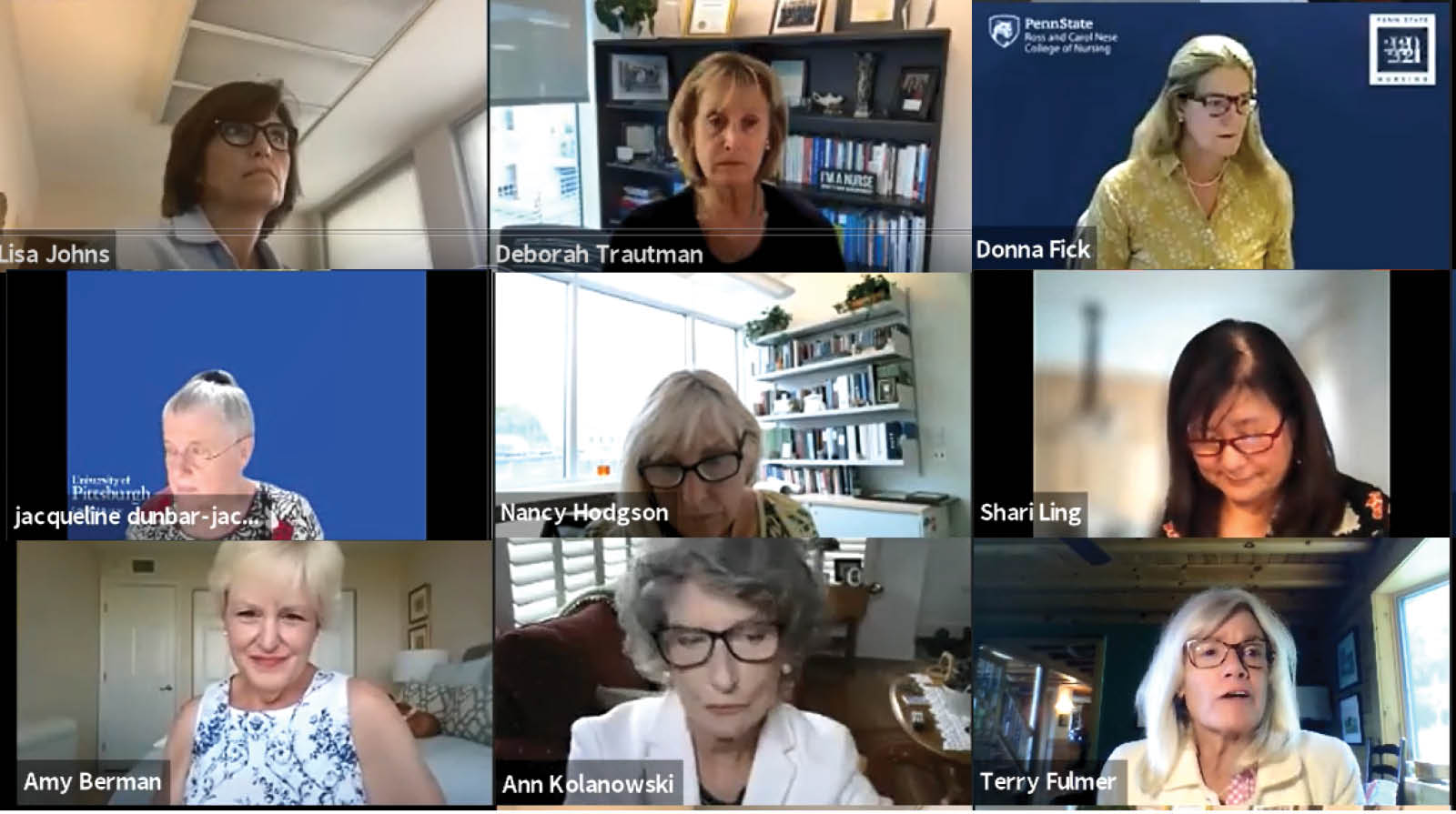 The National and Statewide Advisory Group met for the Revisiting the Teaching Nursing Home Initiative.

As part of the Revisiting the Teaching Nursing Home Initiative launched in July 2021, a National and Statewide Advisory Group has formed for the initiative and held their first meeting on August 16. The team of esteemed professionals from nursing governing bodies, research institutions, non-profits, and academia will provide strategic input and advice to improve the care of older adults in nursing homes, bolster the workforce, and encourage future workforce growth. This group will also assist in identifying and tracking major policy and/or structural barriers to implementation and dissemination identified through the initiative.

During the first National and Statewide Advisory Group meeting, Terry Fulmer, PhD, RN, FAAN, President of The John A. Hartford Foundation and a funder of the initiative, along with the Jewish Healthcare Foundation (JHF) and the Henry L. Hillman Foundation, welcomed the group. Dr. Fulmer reviewed the Teaching Nursing Home model and explained that the effort will draw on existing resources from The John A. Hartford Foundation's Age-Friendly Health Systems initiative and JHF's Full Court Press Senior Living Team, while integrating lessons learned from the Teaching Nursing Home implementation of the 1980s (originally supported by the Robert Wood Johnson Foundation.) The demonstration will be conducted across sites in the Commonwealth of Pennsylvania and will serve to inform other states. The National and Statewide Advisory incudes not only representatives from Pennsylvania, but representatives from the Centers for Medicare & Medicaid Services (CMS), the U.S. Health Resources and Services Administration, and other national entities in a position to watch, learn, and advise on next steps. Members of the group are invited to also attend the Biweekly Working Group meetings for the Initiative.

Amy Berman RN, LHD (hon), FAAN, senior program officer of The John A. Hartford Foundation, reviewed the core principles of the initiative to ensure everyone has the same knowledge base. This work builds on recommendations that have resulted from the CMS Commission on Quality and Safety in Nursing Homes and will inform and derive from the work being done at the National Academies of Medicine, specifically their study of care in nursing homes. The group discussed guiding principles for measurement and evaluation of the initiative's outcomes. A Measurement Taskforce will meet over one month to solidify and refine the measures that will be the focus of the initiative.

Berman then led the group in a discussion of the initiative's interventions, which include promoting age-friendly health systems, leadership development, and advanced practice nurse consultation. Using evidence-based tools and models, the Revisiting the Teaching Nursing Home Initiative's Biweekly Working Group will implement these components with nursing home sites and will measure impact on the current and future workforce.

The nearly 50 people who are now part of the initiative, from the National and Statewide Advisory Group to the regional teams of nursing homes and schools of nursing, will all be connected through JHF's web-based portal Tomorrow's HealthCare. Nancy D. Zionts, MBA, COO/Chief Program Officer of JHF and primary investigator for the Revisiting the Teaching Nursing Home Initiative, introduced the platform, which will serve as an online repository of initiative documents and a central location to stimulate discussion outside of meetings. Stacie Bonenberger, MOT, OTR/L, senior quality improvement specialist with JHF and operating arm Health Careers Futures, led a demonstration of the key uses of Tomorrow's HealthCare and next steps for participants.

The National and Statewide Advisory Group will meet four times per year, and next on December 13th.

The members of the National and Statewide Advisory Group include: