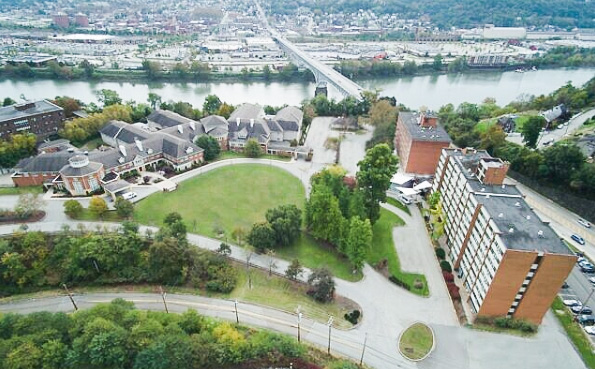 On October 10, the Jewish Association on Aging (JAA) announced plans to sell part of its property on Browns Hill Road in Squirrel Hill to develop an innovative urban senior village, a model the Jewish Healthcare Foundation (JHF) has advocated for over the past three decades. The project is being led by Continental Real Estate, a well-known nationwide developer and builder in the senior residential space, and the plans realize a dream for many seniors to have an integrated living community in the heart of Pittsburgh. JHF staff and officers have been engaged in the decisions regarding this latest campus redevelopment, and JHF is enthusiastic about what this new resource could mean for senior living options in Pittsburgh.

Continental Real Estate brings the resources and experience to build something world-class for local seniors. They have developed senior communities in several states including Apple Blossom in Moon Township, Pennsylvania; Ashton Commons in Wexford, Pennsylvania; Kingsdale Senior Living in Arlington, Ohio; and Worthington Hills in Columbus, Ohio. Continental has also led commercial developments in the Pittsburgh area including The Waterfront, The North Shore, and the Galleria of Mt. Lebanon.

This development begins a new chapter for the campus, a journey which began for JHF in its earliest days when the existing Jewish nursing home lost its state license. A decision was made to rebuild an updated, physically beautiful, more extensive residential complex on the same site—although the site at that time abutted a slag heap and looked across the river at a decrepit steel mill site. JHF helped shaped the initial vision for the Browns Hill campus before there was a Jewish Association on Aging, before there was a Summerset or a Waterfront. Originally, the campus was to include skilled nursing, assisted living, personal care, adult day care, childcare, independent living, hospice, rehabilitation, and a health clinic. Not all these services were ultimately developed, and some have had to be reconsidered as the long-term care industry has and will face many challenges.

Since 1995, JHF has invested more than $75 million in Jewish aging programs and partnerships within our community, including $60 million to directly support the activities of the JAA. This began with an initial investment of $20 million in 1995 and followed with subsequent $5 and $8.64 million additions to ensure completion of the initial building project. This commitment continued with an annual grant of $900,000 allocated through the Jewish Federation of Greater Pittsburgh to support aging and human needs in the Jewish community, including JAA operations and programs, Jewish Community Center of Greater Pittsburgh, Jewish Family and Community Services (and the Squirrel Hill Food Pantry), Agewell Pittsburgh and Jewish Residential Services Pittsburgh. And, in 2006, JHF applied for and secured the Federal funding for the Squirrel Hill Health Center, an outstanding accessible and culturally-appropriate health clinic with a strong geriatric component.

Despite this financial investment, changes in the industry and reimbursement rates led to the closing of the Charles M. Morris Nursing & Rehabilitation Center in 2021. Other excellent faith-based skilled nursing facilities have also closed over the last few years for the same reasons. The JAA continues to operate the AHAVA Memory Center in its original space, and, in separate buildings, The Residence at Weinberg Terrace on Darlington Rd and The New Riverview on Browns Hill Road.

Along with new challenges come new opportunities, and JHF has tried to adapt its aspirations to available options. The vision for an urban senior village builds on decades of work at JHF by our experienced aging team that tracks community needs, examines best practice models from around the globe, and pilots senior programs around the state. JHF's five senior planning Charrettes, which began in 2016, engaged community stakeholders in creative solutions for aging well in the community. Those insights have fueled programming at JHF such as: Senior Connections programs like Fit with a Physician, the Virtual Senior Academy, and GRAN Reading program. Moreover, JHF's aging team developed and expanded the statewide Dementia Friends PA to support persons living with dementia and their caregivers.

The newest chapter of the Browns Hill Road campus offers much potential to support new residential options for urban seniors. Having a strong, experienced, private-equity partner like Continental guarantees the knowledge and resources to move senior living in Squirrel Hill to a new dimension.And the Jewish community is committed to building new programmatic options as well.

Meanwhile, JHF remains active in serving seniors regionally, statewide, and even nationally through research, creative programming, and advocacy. Read more about JHF's longstanding commitment to seniors and our aspirations for the coming year in an op-ed in the Jewish Chronicle here.