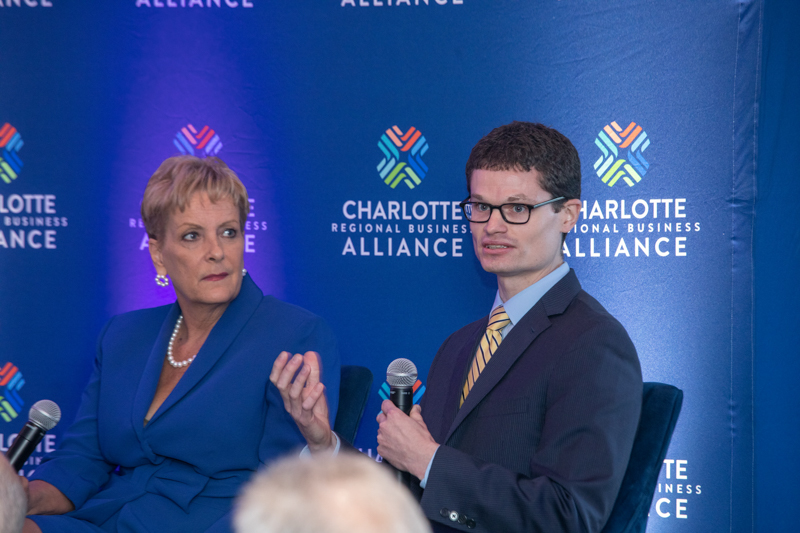 Pittsburgh's philanthropic leadership and spirit of collaboration is worth as much attention as its storied sports teams. That's why delegations from several U.S. cities visit each year. Nearly 150 civic and business leaders from the Tar Heel State spent June 12-14 in Pittsburgh. Under the auspices of the Charlotte Regional Business Alliance – chaired by an executive of the four-state healthcare network Novant Health – they met with elected officials, business leaders and JHF's own director of government grants and policy, Robert Ferguson.

Ferguson joined Allegheny Health Network President and CEO Cynthia Hundorfean, The Heinz Endowments' Grant Oliphant, and The Pittsburgh Foundation's Lisa Schroeder on a panel to share examples of the region's collaborative successes -- as well as its challenges around inequities.

Ferguson described JHF's investment in reducing maternal mortality, noting that three times as many American mothers die before, during, or after childbirth as those in other developed countries. The statistics are even more dire for black women, who are three times more likely than their white counterparts not to survive childbirth. Wrap-around support services for both moms and babies -- from pre-conception to successful attachment after birth – are key to ensuring a strong family unit.

He shared information about JHF's work with community health workers, particularly the movement toward preventative models around social determinants of health. That includes collaborating with patient-centered medical homes to identify challenges patients may be facing around housing, food insecurity and other concerns.