Remembering Paul O’Neill: Patient Safety Loses One of its Revolutionaries 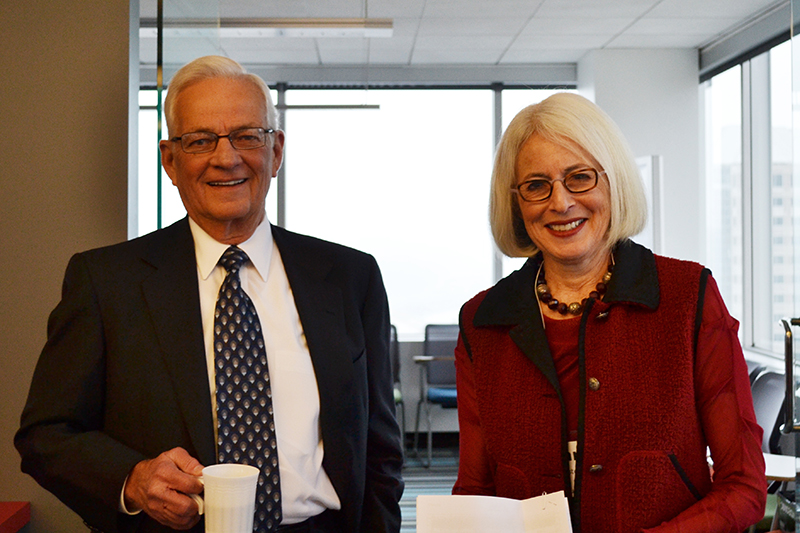 Paul O’Neill and Karen Feinstein in 2013.

Many obituaries have commemorated the exceptional life of an unusual leader, Paul O'Neill. The listings of his positions and accomplishments, however, hardly capture the aura of a man who changed the way we think about safety and quality in a sector where he never worked. This is an attempt to explain how some people leave a lasting mark on everything they touch.

Great Leaders Lead. Paul had many of the usual attributes of extraordinary innovators. He was multi-faceted—intrigued by engineering, science, management, architecture, design, history and technology. He had charisma; although he wasn't strikingly tall or handsome like John Kennedy or Bill Clinton, he connected with such intensity, communicated with clarity, and emitted so much energy that he created his own kind of glow. He could visualize a solution to almost any problem, transmit his idea persuasively and execute that solution. 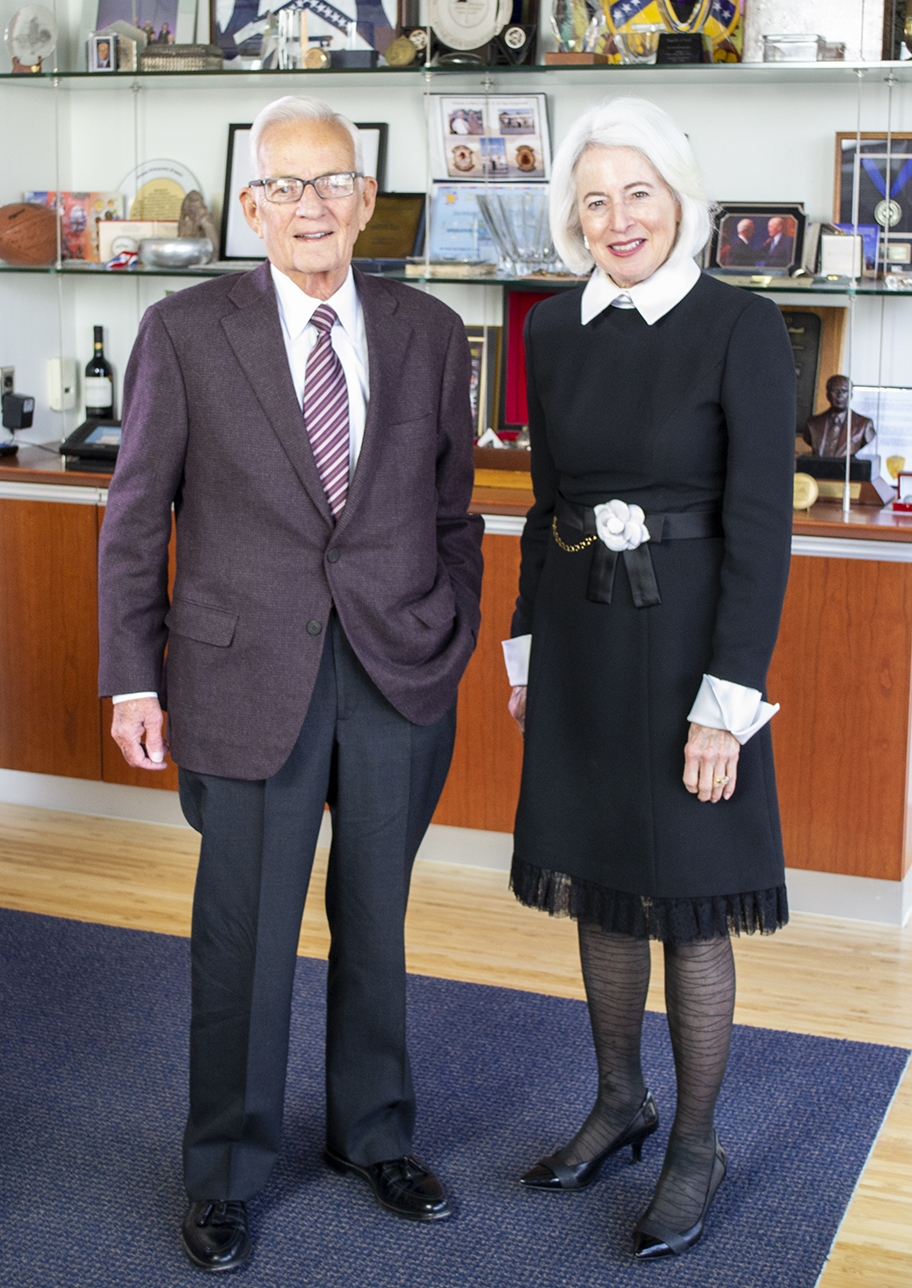 Paul O’Neill and Karen Feinstein in 2018.

So far, Paul resembles many great innovators. But the others didn't, at once, shape a new management system using analytics to guide decision making (Program Planning Budgeting System) in alignment with his friend Robert McNamara; create the safest corporation in the world (Alcoa); help design an award-winning world headquarters building in what was, then, a neglected riverside neighborhood; take Alcoa to a peak of high performance; and re-envision the delivery of health care. I will have more to say about that later.

To think of Paul as an achievement machine is to miss his decidedly non-mechanistic streaks of disruption, compassion, and moral certainty. During his first week at Alcoa, the young executive was asked to sign a plethora of checks to private clubs that prized their "exclusivity." Paul asked, "do any of these clubs deny membership to women, Jews, African Americans and homosexuals?" When he was told that they do, but that is just the way of Pittsburgh private clubs, Paul refused to sign checks to any club until they admitted a diverse membership.

Paul spoke slowly and distinctly and posed a lot of questions. At the start of every meeting, he would ask attendees if they were aware of the safety exits. His speeches invariably contained his three-part query of attributes that marked an organization prepared for excellence: "Do all employees feel respected? Do all employees believe their work has value? Do people get rewarded for excellence?"

Bringing Disruption to Health Care. This should set the stage for Paul when he turned his gaze to 'fixing' health care. In 1997, the Jewish Healthcare Foundation was a relatively new entity taking on causes that others didn't. Then we became aware of the work of a surgeon/professor at Harvard School of Public Health named Lucian Leape. (We didn't know then that that Paul and Lucian were friendly.) Lucian's research indicated that upwards of 100,000 people died each year in the US from preventable medical error. This is before the Institute of Medicine published "To Err is Human." We were horrified but not sure what to do. We did know that up the street from our offices was the world headquarters of the safest corporation in the world.

I knew Paul from our joint membership on the Allegheny Conference on Community Development (ACCD), a unique collection of corporate and civic CEOs, but not well. It was a bold move for me and a couple of young staffers to march over to his office and ask him if he would help us fix health care. He listened intently (that is a hallmark) and then explained that, while at the Office of Management and Budget, he got to know the VA health system well. He believed that the health sector was ripe for the kind of quality engineering practices that had made Alcoa's safety record possible. He said he would help.

With funding from the members of the Allegheny Conference, the Pittsburgh Regional Health Initiative (PRHI) was born with Paul and I as co-chairs and PRHI structured as a supporting organization of the Jewish Healthcare Foundation. I was sent to Alcoa University, along with another staff person and some physician leaders, to learn the fundamentals of the Toyota Production System (a method of lean quality engineering).

Paul believed we could make Western Pennsylvania the safest region in the world to receive health care. We formed a coalition of leaders from every corner of the health sector—including our state Attorney General. People came out of respect for Paul's achievements at Alcoa. And curiosity.

We set dramatic reductions in Central Line Bloodstream Infection as our first goal. Many physician friends told us quietly that this couldn't be done. "Infection is an unavoidable byproduct of health care." We engaged 38 hospitals and reduced CLABSI by 68%... and we were off.

Over the next few years we took on every kind of healthcare problem from errors in pathology sampling and interpretation to back-ups in autism clinics, HAIs with unpronounceable names, medication error etc. In every instance, we achieved remarkable success because health care isn't that precious. The same basic quality improvement techniques that work in other sectors work in health care: When, and this is central, when we had a dedicated leader at the hospital unit level and a competent coach.

A book, The Pittsburgh Way, captured our successes and won the Shingo Prize. But we had already gained notoriety. Paul and I were asked to present our work around the country and even abroad. Eventually, I would speak in S. Korea, England, Canada, South Africa and Austria and when I referred to lean in health care, audiences would all nod. Paul went to Treasury for two years, in the middle of all this, but he never forgot our Initiative. He returned for a visit to PRHI with Senators Frist and Kennedy, journalists and Secretaries to see our work. Paul assembled over 20 top White House leaders in the Roosevelt Room for one and a half hours to listen to me extol the value of bringing quality engineering to health care.

Paul came back to PRHI when he left Treasury and became CEO. But there were rumblings of the turmoil and disappointments that would cause Paul to conclude that PRHI would not make our region the safest place in the world to receive care. When we pulled our coaches out of a unit, and if the internal quality/safety champion left, the unit's performance returned to baseline. Over and over, we would see our dramatic achievements melt. Culture kept frustrating change. Leadership, in too many institutions, was only tepidly committed. We received much attention and financial support, but it was too fast and we made some bad hires.

Paul was frustrated and I was frustrated; it was time for a reorganization. Paul and a few staff left to form a consulting firm, Value Capture, to work with hospitals where the leadership would make a total commitment to quality. I reorganized PRHI with new staff and a new direction. Frustrated with progress in hospitals, we decided we could be more successful keeping people out of hospitals. The Obama years rewarded us with significant grants where we could demonstrate the wisdom of this new direction.

Paul was gracious to people beginning their careers and to the support staff and frontline workers that make every organization hum. He refused to have an office that differed from the average workstation. But he was quick to give credit to other leaders who displayed unusual talent. Although he was already a renowned national figure when he became Secretary of the Treasury, he delighted in walking the halls, pointing out the portraits and offering little bios of famous predecessors like Alexander Hamilton, Albert Gallatin, Andrew Mellon and Henry Morgenthau with awe and respect.

Paul and I and the staff at Value Capture have stayed friendly and collegial. We work together on projects even today. We've both had different successes as we focus on different aspects of health reform, but PRHI owes a debt of gratitude to Paul that is immeasurable.