Tribute in memory of Leon Zionts 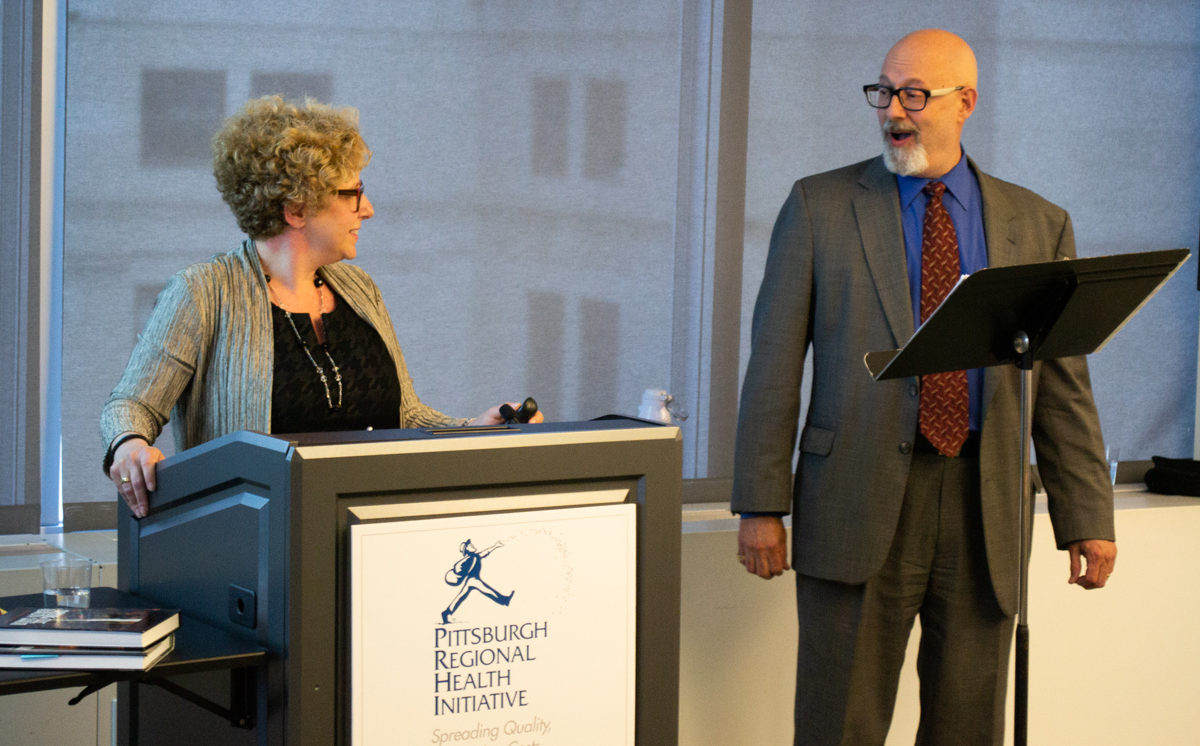 Nancy Zionts, COO and Chief Program Officer at JHF, and her husband, Leon Zionts, at the PRHI 20th Anniversary Celebration on June 19, 2018.

The Jewish Healthcare Foundation is an organization that continually experiments with ways to reach and inspire action among its staff, board members and the public at large to advance healthcare innovation, advocacy, collaboration, and education in the interest of better population health. We can't do it alone. Capturing the eyes, ears, and especially the hearts of those who embrace this mission takes a special kind of talent and an open-handed willingness to share it for a good cause. Leon Zionts did just this, generously sharing his prodigious speaking, musical, and acting talents to bring alive the vital human stories underlying JHF initiatives.

A beloved and accomplished actor, musician and theater producer, Leon nevertheless made time to bring to life stories of health and health care that needed to be heard. In a dramatic reading from a Creative Nonfiction anthology, he shared the story of a struggle with mental illness. His hilarious musical parody playing the president of a 'bystander' board dramatized what boards should not do. Together with his life partner, JHF COO and Chief Program Officer Nancy Zionts, he wrote and performed PRHI: The Musical – a delightful anthology of songs telling the story of PRHI's 20 years of trying to improve health care.

Finally, Leon shared his smooth baritone voice as voice-over artist for the Foundation's signature end-of-life curriculum, Closure 101. Proudly (and humorously) calling himself "the voice of death" for JHF, he recorded dozens of scenarios depicting conversations between physicians and patients. In March 2019, with palliative care physician Bob Arnold, he completed a Pennsylvania POLST (PA Orders for Life Sustaining Treatment) video to train the next generation of physicians to have conversations with patients about death and dying.When three weeks later, Leon was himself diagnosed with terminal cancer, he was asked whether he still felt comfortable being part of the project. He didn't hesitate. "Absolutely," he said emphatically."It's so important."

Leon drew on his love of the arts to reach people. Voice. Song. Drama. We are grateful for his talents and his partnership shared generously over many years and express our deepest condolences to Nancy and to his children Allison Laine and Dani Lyon. When asked to share our own skills, may we all say 'yes' more often, in Leon's memory.