WHAMglobal Board Discusses Human Trafficking as a Public Health Issue 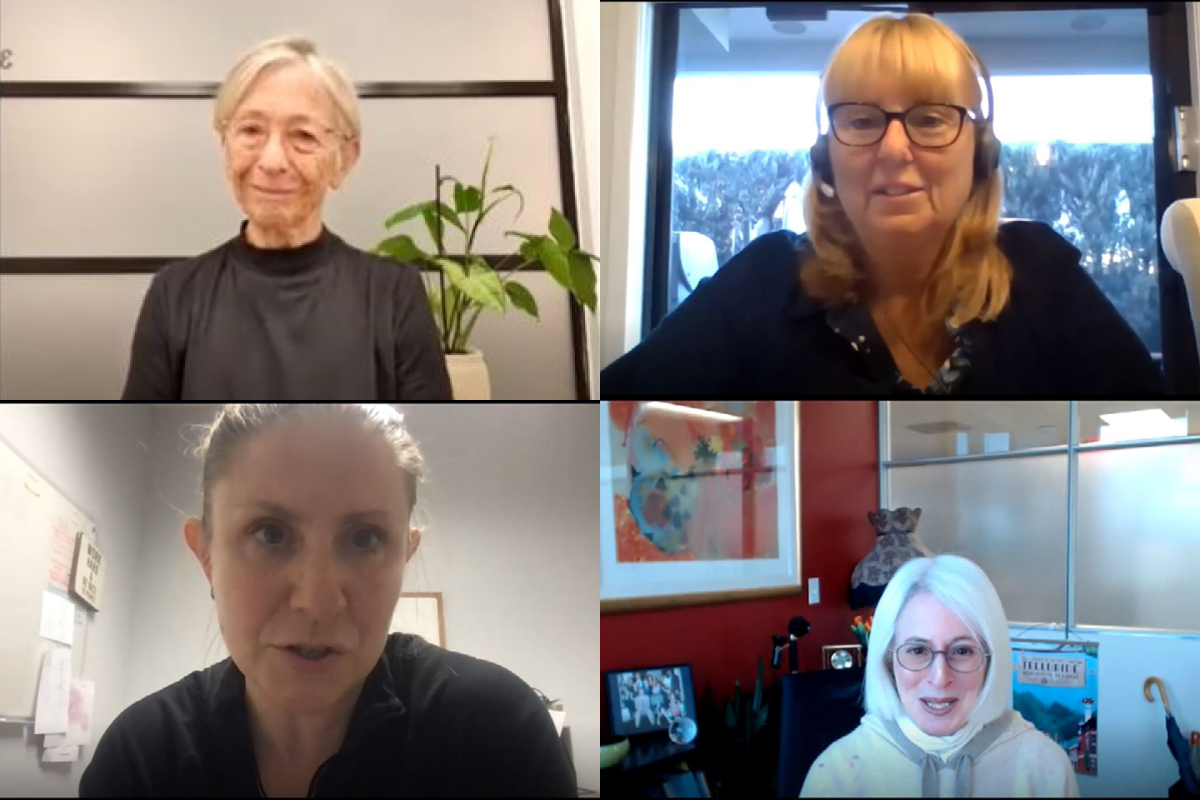 On February 21, the Women's Health Activist Movement Global (WHAMglobal) Board met to discuss human trafficking and how it affects women in a few international contexts. Guest speakers presented varying approaches to addressing the women's health impacts that stem from human trafficking from around the world.

Jewish Healthcare Foundation President and CEO Karen Wolk Feinstein, PhD introduced an interview with Iris Stern Levi, an Israeli social activist focused on issues of women's and human rights and co-founder of the non-profit organization Her Academy. The vocational school trains and supports women from diverse backgrounds transitioning out of prostitution and abuse in Israel. For over seven years, this groundbreaking organization has helped women to gain skills necessary to find other forms of employment and gain greater freedoms. Her Academy also provides health care, including mental health services, as women transition out of prostitution.

Sue Matthews, RN, MHScN, DPH, WHAMglobal Board member and CEO at The Royal Women's Hospital, Melbourne, Australia, then shared Australia's response to end human trafficking. Trafficking-related legislation was first introduced in Australia in 1999, with additional legislation throughout the years to address slavery and forced marriage. Australia collaborates with Southeast Asian countries to combat human trafficking occurring there. The Australian Red Cross offers a victim support program to people impacted by human trafficking, and the Australian My Blue Sky program provides information, support, and legal advice to people in or at risk of forced marriages. The Royal Women's Hospital is working to address risks of human trafficking in their operations and is implementing an action plan.

Hanni Stoklosa, MD, MPH, CEO and co-founder of HEAL Trafficking and an emergency physician at Brigham and Women's Hospital in Boston, then presented. The HEAL Network of 3,800 multidisciplinary professionals is dedicated to ending human trafficking and supporting its survivors around the world. HEAL frames human trafficking as a public health issue, aims to mitigate unintended consequences of human trafficking response, and takes an inclusive, intersectional, survivor-centered approach. HEAL says that healthcare workers' goal should not be to rescue people affected by human trafficking, but to create an open door to building trust and resilience, educating, and providing resources, including safety planning.

During the following discussion, WHAMglobal Board members explored the implications of these ideas for WHAMglobal's agenda, with an emphasis on collaboration and listening to people with lived experience.

WHAMglobal Is Birthing a Movement

First Meeting of WHAMglobal Board of Trustees Spans the Globe