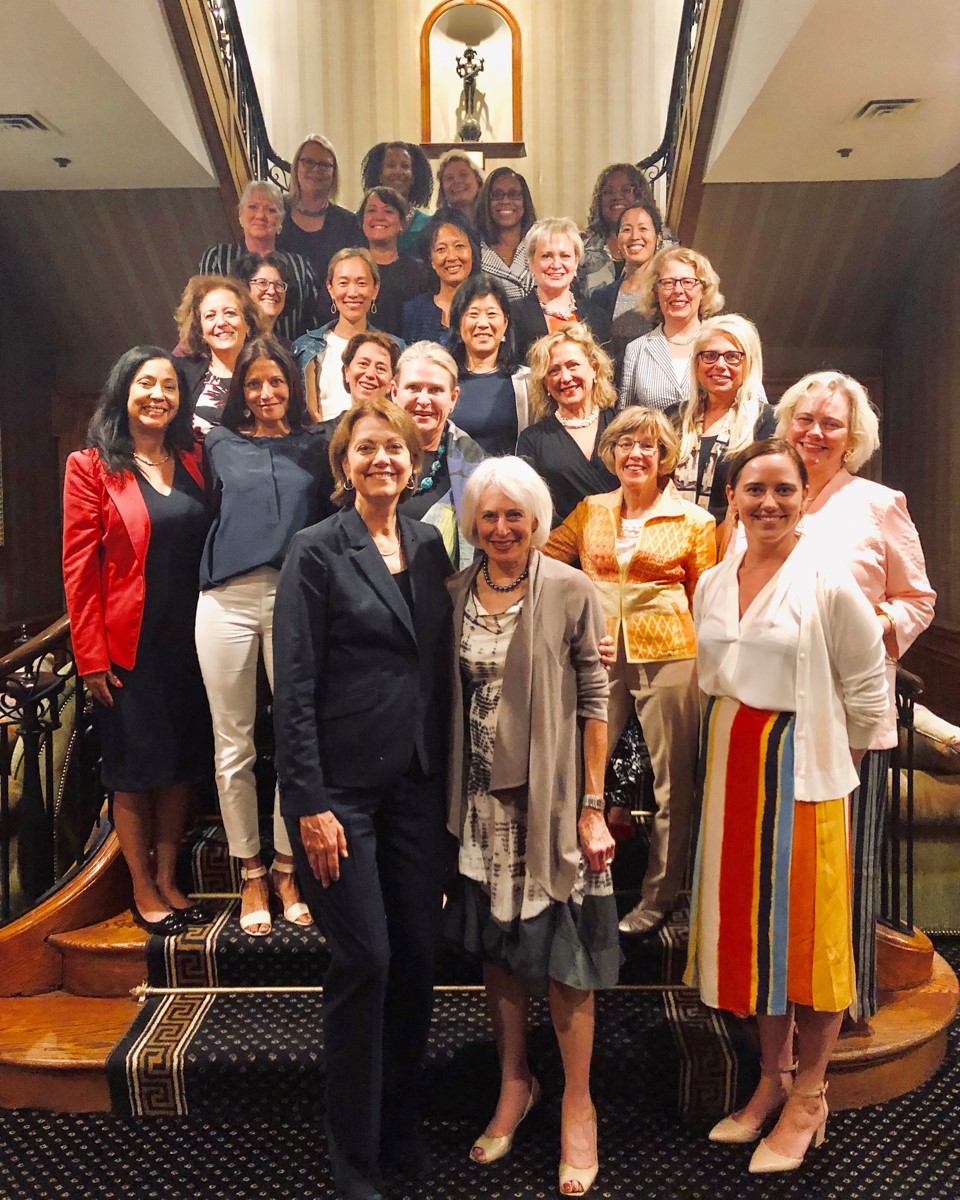 Some 40 members of Women of Impact gathered in Washington DC last month to strengthen relationships and discuss actions – individual and shared – related to increasing women executive leadership and representation in health care, members' initiatives and legacies, and collaborations that could further healthcare quality and patient safety in the United States.

Formed in July 2013, Women of Impact is a small, by-invitation-only group of female executives from diverse sectors of the healthcare industry. They aim to apply the concept of collective impact to address complex problems in health care. At its annual meeting in Washington DC July 18-19, several Women of Impact members expressed interest in patient safety and working together for greater accountability in systems.

Founding member Karen Wolk Feinstein, president and chief executive officer of the Jewish Healthcare Foundation, raised the question: what if the Women of Impact did for medical error what a consortium of Children's Hospitals have done for patient safety?

"What if we made a collective commitment to work together across competitive and organizational boundaries to dramatically reduce preventable medical errors in five years?" Feinstein asked in a written proposal presented to the group for consideration and possible future action.

Among WOI members are at least 15 CEOs or equivalents of hospitals and health systems, 11 with leadership roles in healthcare institutions, and more than 23 affiliated with organizations concerned about quality and safety. Eight members representing such research powerhouses as the National Institutes of Health, AcademyHealth, the RAND Corp., and others. Noted Feinstein: "We have excellent foundations on which to build our own collaboration."

The group also identified possible impact strategies — at the government, hospital, and individual levels; discussed the possibility of rolling out a public statement or an update to the "To Err is Human" report cards and expanding and widely circulating "Karen's 20 Favorite Excuses to Explain Away High Medical Error Rates & Resulting Mortalities."

Also speaking at the meeting was Esther K. Choo, MD, MPA, founder of Time's Up Healthcare, who underscored that the organization's mission is to end workplace discrimination, harassment, and abuse and create equitable and safe cultures within the healthcare industry.

"There is currently no measure of the impact of unconscious bias or harassment and assault on the industry," Choo said. "We are trying to change culture and employment norms in our industry. "People tend to shut down when they hear the words 'harassment in the workplace,' but it's crucial to talk about these issues."

Dr. Leana Wen, who was abruptly removed as Planned Parenthood Federation of America's president just two days earlier, was present as previously scheduled. The group was able to speak with her privately about the reproductive justice landscape and challenges that face women executives in disruptive times.

Coming up next for Women of Impact is the meeting of two dozen members of its inaugural Public Health cohort. The women are gathering in Pittsburgh to drill down on shared goals. That meeting is supported by the deBeaumont Foundation and hosted by the Jewish Healthcare Foundation.

Dr. Joanne Conroy Mourns the Death of Her Husband as She Manages a Major Health System During a Pandemic