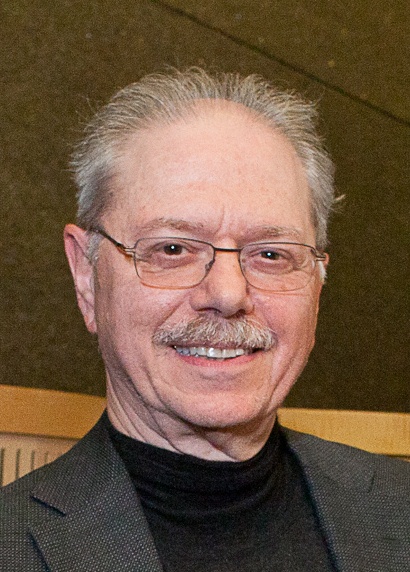 As he retires from his position as Chief Medical Informatics & Learning Officer at the Jewish Healthcare Foundation's Pittsburgh Regional Health Initiative (PRHI), we wish to recognize Bruce Block, MD for a lifetime of extraordinary achievement in improving the quality and application of assessment methodology at the organizational level and the frontline of health care. Decades before others in the United States, Dr. Block developed and placed assessment and evaluation tools directly in the hands of healthcare practitioners and patients. The result was improved patient care throughout practices, and improved patient health outcomes.

Block grew up in a housing project in the Bronx and later on moved with his family to Oregon, and then Southern California. After completing his undergraduate major in English Literature at Stanford University in 1967, he attended Yale Medical School.

After graduating in 1971, Block and his then-classmate Marian married and subsequently completed their internships in Cleveland. They joined the newly formed National Health Service Corps with two friends from medical school and were assigned to two practice sites in western Pennsylvania, 20 miles from the nearest hospital. Two years later, he obtained one of the new federal Rural Health Initiative grants, which allowed him to build a five-practice rural health system, owned and directed by a regional community board. As medical director, he faced the dual challenges of increasing professional staffing and assuring quality. He and his colleagues trained nurse practitioners who took on roles in the local school system, the new medical practices, and the senior citizen community. As the practices grew, it became harder to evaluate gaps in care and the need for new programs.

In the early 1970s, identifying gaps in care often required manually going through thousands of charts—an impossible task in a busy practice. To make this process more efficient, Block developed a proto-EHR employing McBee cards as patient records. Strategically-placed holes on the edge of the card represented tracking criteria such as "flu shot candidate" or "diabetes." The hole was notched if the patient had the characteristic. Block recalled, "If we needed to send out reminders for flu shots, we put a long knitting needle through the flu hole on the edge of the stack of patient cards. The cards with the notch would fall on the floor and we had our recall list."

The rural practices began to identify gaps in care, but the cards couldn't tell them the causes or the best solutions. Living as part of the communities in which he practiced, Block often saw people on the street whom he knew had serious health issues, but who had stopped coming to see him. He realized that his care team needed a way to prevent gaps in care, not just recognize them.

After replacing themselves in the rural practices they started, Bruce and Marian moved to Pittsburgh in 1981 to take on combined teaching, research, and patient care roles. Block took on the job of medical director of the Family Medicine Residency's Family Health Center at Shadyside Hospital. He saw an opportunity to truly advance frontline assessment and revolutionize the residency program, which, he says, "should develop tools for doctors out in practice, as well as train people to become specialists in primary care." 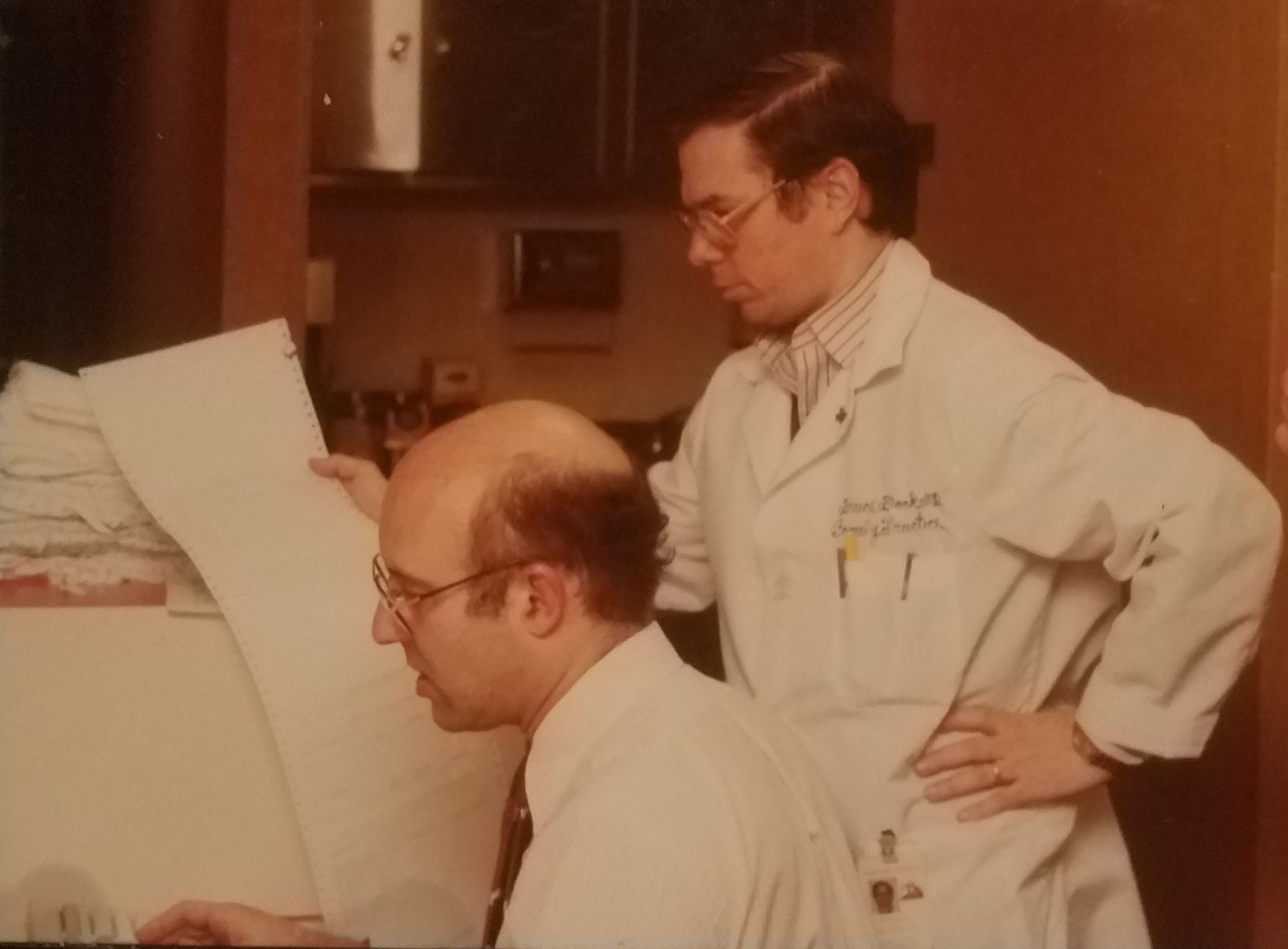 Responsible for 27 residents, 12 faculty, and over 7,500 active patients, Block realized that he needed better data and assessment methods in order to provide a proper learning environment for primary care. He visited pioneering electronic medical record groups at Duke and Harvard and attended national meetings about using computers in medical care to understand the components of an effective EHR. Block mocked up the data he wanted to capture and how it could be used by busy physicians. He began searching for developers who could help him build what he wanted. He found a company in Cambridge working on a new electronic medical record concept. Working with them, he designed the medical record system he wanted. This partnership allowed development of one of the first five practice-based EHR systems in the country.

The system, at Block's insistence, allowed data entry through dictation, rather than typing and clicking. The dictation placed alerts at the bottom of the patient's chart, so that the physician could see what lab tests or immunizations, for example, were due at each subsequent visit. The new system created report cards for each doctor on their diagnostic behavior and performance on health maintenance items (e.g., mammograms). The residents and faculty could see how they were doing compared to others in their class and to other doctors in their practice, driving practice and behavior change. 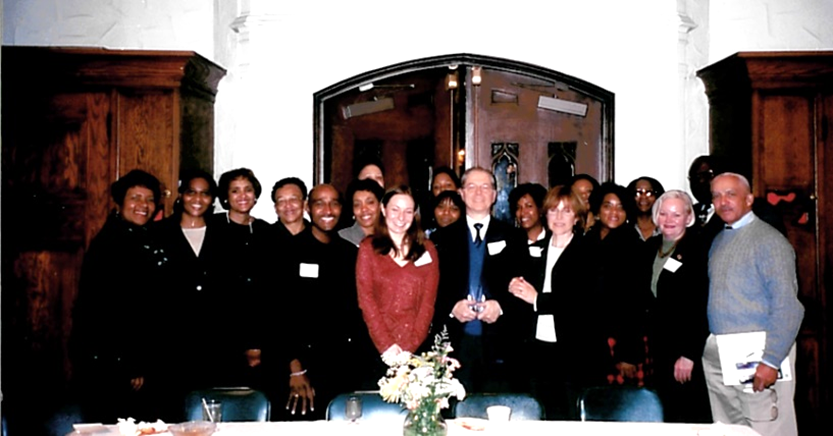 Block with colleagues and community members of Healthy Hearts and Souls

In 1998, Dr. Block was awarded a grant from Highmark Blue Cross Blue Shield and UPMC Shadyside to develop community-based programs to reduce the risk of cardiovascular disease. He helped set up a coalition of African American churches called Healthy Hearts and Souls and became the Medical Director, using what he knew about program development and evaluation to provide the underpinnings for a series of smoking and fitness projects. Based on the results of a novel community needs assessment, Block worked with community members to implement smoking cessation, nutrition, and exercise programs with the churches, all the while collecting data on enrollment behaviors and the effect on smoking rates and fitness metrics.

Just as he put data directly into the hands of physicians (decades before others began doing so), Block involved the community in actually using the data to understand program impact and improve their work. With significant funding from the Pennsylvania Department of Health in 2000, the program expanded its focus to include diabetes. Giving people feedback about their behavior and outcomes – a precursor to apps and devices like fitbit© today – drove notable self-care changes: 85% of those with diabetes were engaged in some kind of regular exercise at the end of the first year of the program, along with significant improvements in their health.

The theme of putting the assessment data into the hands of providers and patients continued to drive Dr. Block as Chief Medical Informatics & Learning Officer at PRHI. As director of the federal REACH program in western Pennsylvania (Regional Extension and Assistance Center for Health Information Technology), Block and his team recruited 962 providers in 340 practice sites to adopt – and use – electronic health records. This recruitment track record ranked western Pennsylvania second among REACH sites throughout the U.S., a result of countless face-to-face encounters with physicians during which Block and his team demonstrated how the practice's own assessment data could actually reveal improvement opportunities.

As Pennsylvania medical director of a multi-state initiative funded by the Centers for Medicare and Medicaid Innovation, Block and a PRHI team implemented and evaluated a collaborative care management model to improve the care of patients who experience diabetes or heart disease along with mental health conditions. Pulling the participating sites' own data from their own EHRs, Block could show the physicians a list of people whose care had lapsed, or those whose lab tests were poor – patients for whom practice improvements could truly mean better health outcomes.

Block also served as co-PI with PA SPREAD on a four-year Agency for Healthcare Research and Quality network quality improvement grant to enhance QI capabilities in practice groups in the region. Dr. Block worked with teams of trainers and coaches at PRHI to assure content reliability and teaching efficacy throughout the range of educational offerings. Additionally, he served as faculty with PRHI's Perfecting Patient and Community Care training programs, which support organizational development using application of Lean methodology. He has been particularly interested in working with Community Mental Health Centers, FQHCs, and Social Service agencies to enhance readiness for value-based payment initiatives.

With PRHI, Block was also physician lead for practice transformation projects, including the HealthChoices Patient-Centered Medical Home Learning Network, which supports partnerships between practices and Managed Care Organizations in adopting a model of care that puts patients at the forefront, and the Reinvesting in Health Initiative to expand supportive services and focus on what matters most in perinatal care.