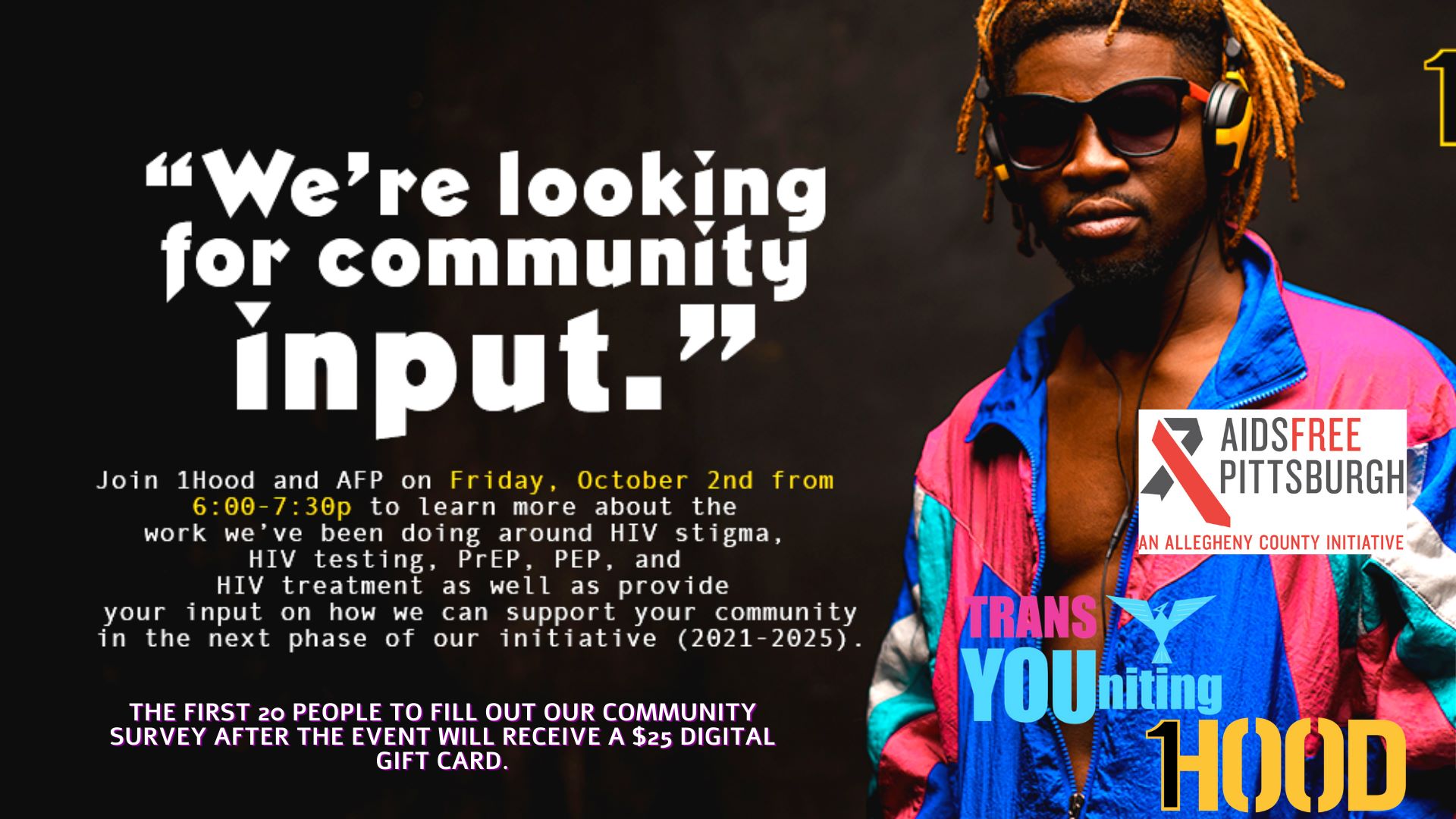 In developing their strategic plan for 2021-2025, AIDS Free Pittsburgh (AFP) is turning to the community for feedback. AFP is a collaborative initiative comprised of government agencies, healthcare institutions, and community-based organizations set out to end the HIV/AIDS epidemic in Allegheny County. Launched in 2015, AFP has helped normalize HIV testing and reduce new cases of HIV and AIDS in the region, but the work is not done. AFP facilitated an October 2nd community engagement session in collaboration with 1Hood Media and TransYOUniting, via Facebook Live. The session was the latest in a series of small community engagement sessions that build on the community survey AFP launched in summer 2020. The October 2nd event, which was organized by AFP Project Coordinator JT Stoner, MPH and JHF HIV/AIDS Program Officer Ashley Chung, MPH, reached more than 900 people on Facebook.

During the event, JT joined 1Hood Media Director of Policy and Advocacy Miracle Jones, JD, MSW and TransYOUniting Founder Dena Stanley for a discussion on the organizations' recent work around HIV stigma, HIV testing, PrEP, PEP, and HIV treatment. They invited attendees to provide input on how AFP can support communities in the next phase of their initiative. Feedback from the sessions and survey will inform AFP's collective work for the next five years to end the HIV/AIDS epidemic in Allegheny County.

A recording of the October 2nd Facebook Live event can be viewed here.