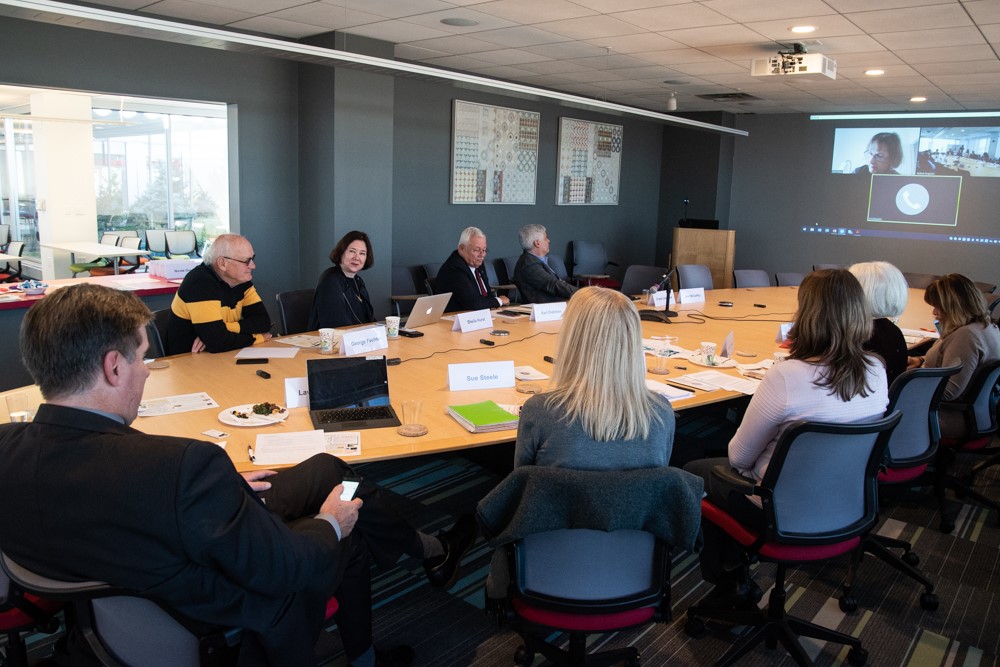 JHF staff shared their knowledge on HPV vaccination campaigns with Rotarians, health providers, academics, and others.

JHF ran an HPV awareness and vaccination promotion campaign from 2014 to 2016.

HPV is the most common sexually transmitted infection in the United States, and about 10 percent of men have oral HPV, compared to less than 4 percent of women. HPV can cause cancer in the oropharynx, or the back of the throat. Of all cases of oropharyngeal cancer, 70 percent are caused by HPV.

The current HPV vaccine is recommended to anyone between ages 11 and 26 years, but older individuals can also get vaccinated. Many HPV prevention campaigns are aimed primarily at women as prevention against cervical cancer, but men are nearly three times more likely than women to develop head and neck cancer.

The JHF shared lessons from their prior initiative, distributed booklets, and reflected on possible collaborations, such as connecting local Health Activist Network Champions to the new initiative. Mertz stated interest in developing more robust surveillance methods to track HPV incidence at the ACHD. Cates gave an overview of a recent NIH grant-funded research project about "normalizing preteen HPV vaccination with practice-based communication strategies". Other providers, such as Robertson and Delesteinne, also shared their perspectives.