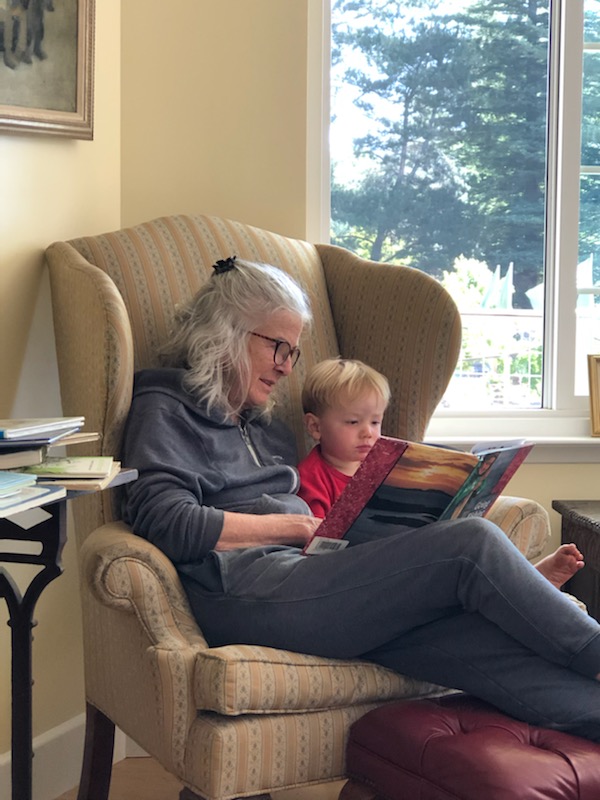 Each day at Winchester Thurston, a young Eleanore Nix would read the school's credo emblazoned on the stairwell wall: "Think also of the comfort and the rights of others." This mantra would act as a moral compass for Nix (who would later be known as Ellie Childs), guiding her through a winding life and career built around advocacy, education, and service.

As she grew up just north of Pittsburgh, Childs' early influences for public service included her father, Robert Nix, an esteemed pediatrician who worked with Jonas Salk on the polio vaccine. She built a career as a lawyer and prison reform advocate, eventually settling on a farm outside Zelienople, Pennsylvania. Her experience defending juvenile criminals opened her eyes to the challenges and dangers facing youth, which sparked a passion for social justice. "In looking for the value in these children, I asked different questions than ever before, and soon grew to understand how confused they were, how isolated and angry," she recounted in a 1993 speech for the W.N.Y Regional Prevention Education Conference.

In the late 1980s, Childs joined with three experienced elementary school teachers, who were similarly concerned about the dangers and crises facing children. Over two years, the group brainstormed character attributes and experiences that constitute the foundation of community among all people. They settled on a list of seven universal attributes, that if adopted, they believed, would build strong individuals with a sense of caring and understanding. These attributes – Courage, Loyalty, Justice, Respect, Hope, Honesty, and Love – became the basis for the heart of Childs' career: the Heartwood Ethics Curriculum.

Heartwood, named for a tree's solid inner core, teaches life lessons through literature, to promote the understanding and practice of the seven attributes in children. With carefully curated books featuring human characters, Heartwood facilitates learning through the reading aloud of multicultural stories and conversation about related, age-appropriate ethical and cultural issues. The Heartwood Institute spread the curriculum to hundreds of school districts across the city and country, partnering with the Highmark Foundation and the Children's School at Carnegie Mellon University along the way.

Little did she know, Childs' own high school days turned out to be a networking space – JHF President and CEO Karen Wolk Feinstein sat behind Childs in study hall. The two remain dear friends today and share a passion for instilling quality values in the next generation. Beginning in 2019, JHF launched GRAN: An Intergenerational Reading Program, which is based on the Heartwood Ethics Curriculum and funded by the Heinz Endowments. At two community after-school programs in Hazelwood – Hazelwood Propel and Center of Life – the GRAN program trained and matched 19 GRAN volunteers aged 50+ with 50 pre-kindergarten and early elementary school children to engage in meaningful conversations around ethics, while sharing the pleasure of reading. Carrying on the mission of Heartwood, the GRAN reading program provided a way for community members to make connections across generations, inspiring the sharing of knowledge, lessons of inclusivity and acceptance.

Although changes to public education over the years drew focus away from character education programs like Heartwood, Childs says the legacy of the curriculum lives on in a time when it is needed more than ever. Heartwood reached over one million children, "who could all be parents now, talking to their kids about respect and justice," she notes.

Now based in California and surrounded by family, Childs carries on the Heartwood tradition with her grandson Jonah, whom she babysits and reads with every morning. "I'm much more patient than I was as a parent, and there's nothing I'd rather do than sit down and be with my grandchild at that moment… it brings me tremendous joy."