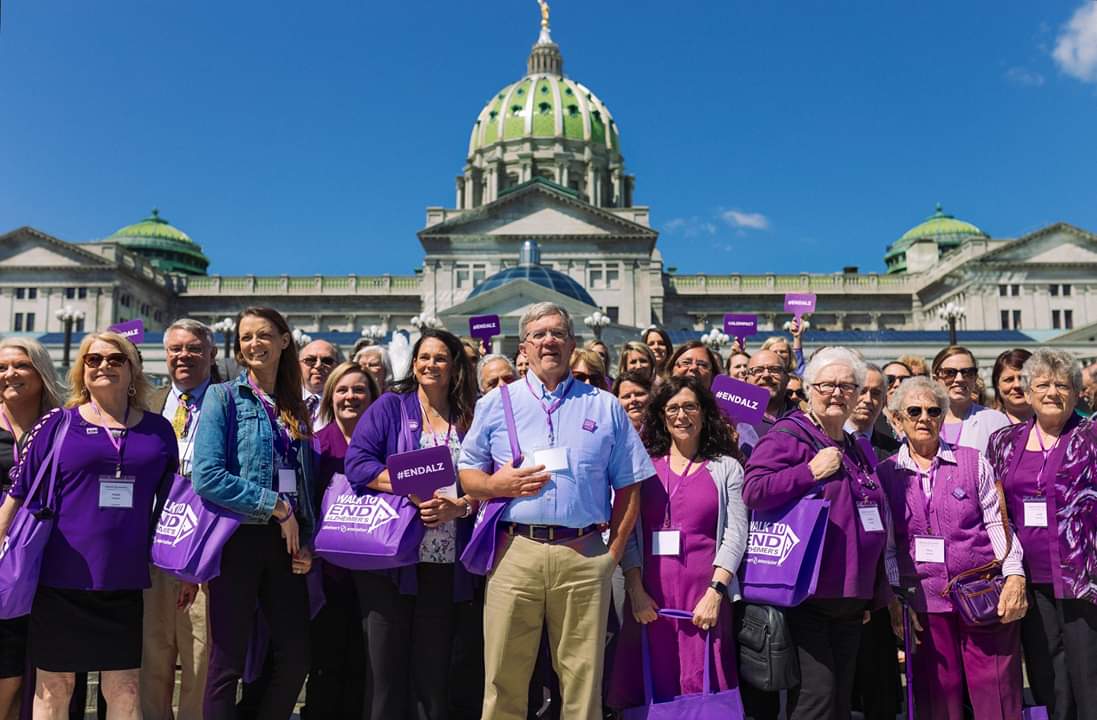 Senior Quality Improvement Specialists and Dementia Friends Pennsylvania Statewide Coordinators Stacie Bonenberger and Anneliese Perry expanded their advocacy efforts to Harrisburg on June 3 as part of Alzheimer's & Brain Awareness Month. Organized by AIM (Alzheimer's Impact Movement), the advocacy arm of the Alzheimer's Association, Bonenberger and Perry were part of a 67-person contingent that spent the day meeting with legislators and making two specific requests for action. Bonenberger met with Senator Jay Costa and Kate McMullen, the director of constituent services for Representative Frank Dermody, while Perry sat down with Senator Pam Iovino and Representative Valerie Gaydos.

Bonenberger and Perry asked the legislators to update the Older Adult Protective Services Act. This would help protect Pennsylvanians from abuse and financial exploitation by supporting a final bill that would address regulations governing care provider hiring practices, which were ruled unconstitutional in 2015. 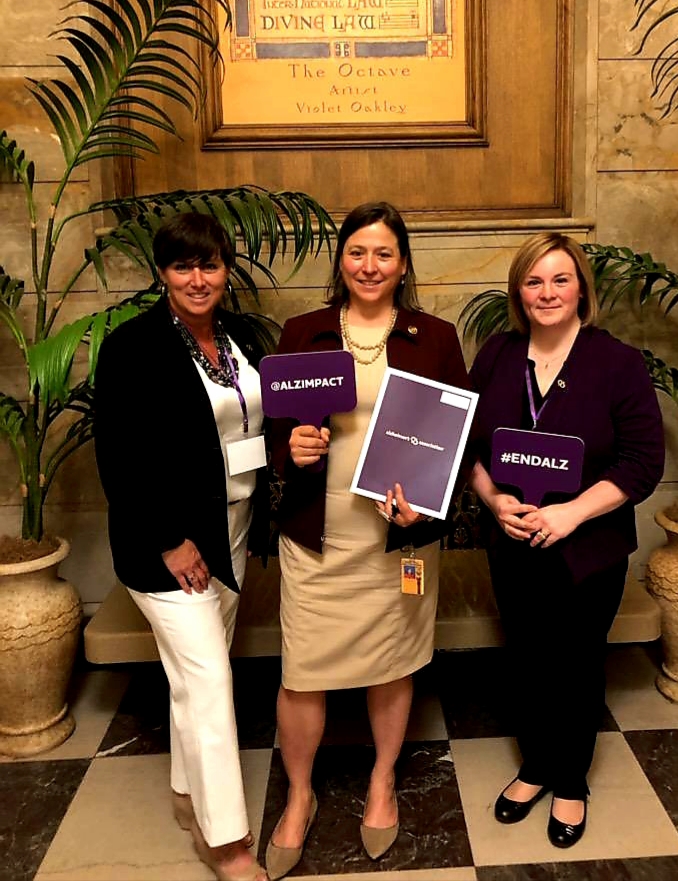 In addition, they asked legislators to move forward with Senate Bill 277/House Bill 51, which would allow timely access to home and community-based services for those living with dementia and the people who care for them. Specifically, an individual would be deemed "eligible" for Medicaid benefits when applying for in-home care, thus allowing them to receive services while paperwork is processed. This would prevent unnecessary and costly institutionalization of individuals who want to remain in their home and receive daily living care. (UPDATE: As of June 18, the Senate Health and Human Services Committee unanimously voted out Senate Bill 277.)

From the House and Senate floors, Bonenberger and Perry also request that legislators share dementia awareness information throughout their district offices and on social media.