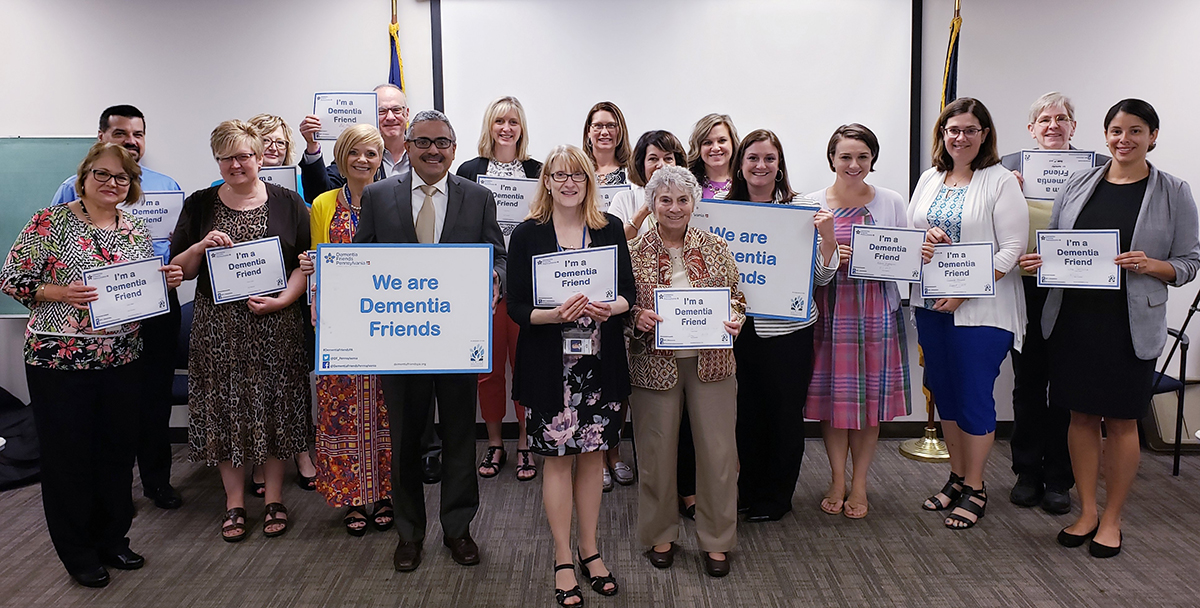 Dementia Friends Pennsylvania celebrated its first anniversary this summer, moving into Year Two with more than 2,200 individuals across 40 counties who have attended the hour-long information session.

Local and state civic leaders are the latest community members to take up the cause. The Commonwealth's Department of Aging Secretary Robert Torres, Sen. Lindsey Williams, Rep. Sara Innamorato (and their staffers) are among the those who completed sessions that offer information about dementia and tips for communicating with people living with the disease.

Torres shared his goal of having Dementia Friends Champions in each of the Commonwealth's 67 counties.

After an individual has attended a Dementia Friends Information Session, they have the opportunity to volunteer for additional training to become a Dementia Friends Champion. Champions, in turn, spread knowledge and awareness to community members by facilitating information sessions on their own.

Dementia Friends is a worldwide movement that is changing the way people think, act, and talk about dementia.

Developed by the Alzheimer's Society in the United Kingdom, it helps reduce stigma around dementia. A recent article in the peer-reviewed journal of the Association for Gerontology in Higher Education noted a positive impact in those who participate in DF sessions.

The Pennsylvania program is sponsored by the Jewish Healthcare Foundation, and coordinated by Senior Quality Improvement Specialists Stacie Bonenberger and Anneliese Perry. They travel the state conducting the hour-long information sessions. Everyone who attends is asked to turn their new understanding into a practical action to help someone living in the community.

State Rep. Dan Miller is hosting a Dementia Friends information session at 7 p.m. December 4 at the Mount Lebanon Public Library. Find a session near you at DementiaFriendsPA.org, and follow the organization on Facebook, Twitter, and LinkedIn.