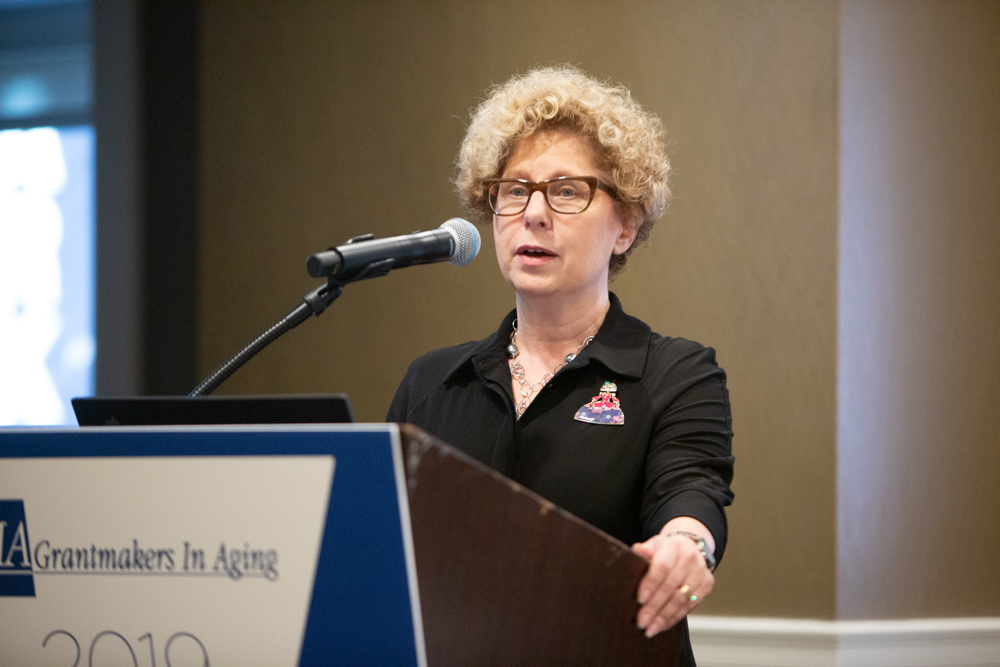 Jewish Healthcare Foundation COO and Chief Program Officer Nancy Zionts designed and spoke on a panel about technology for older adults at the October 15-16 Grantmakers in Aging's conference in New York.

The subject generated so much interest that it was oversubscribed, and the session itself inspired more conversation than could be completed in the time allotted. As a result, a second, "pop-up" session was held the following day, with GIA members and leaders gathering to discuss how an agenda on technology-and-aging could be advanced under GIA's auspices. 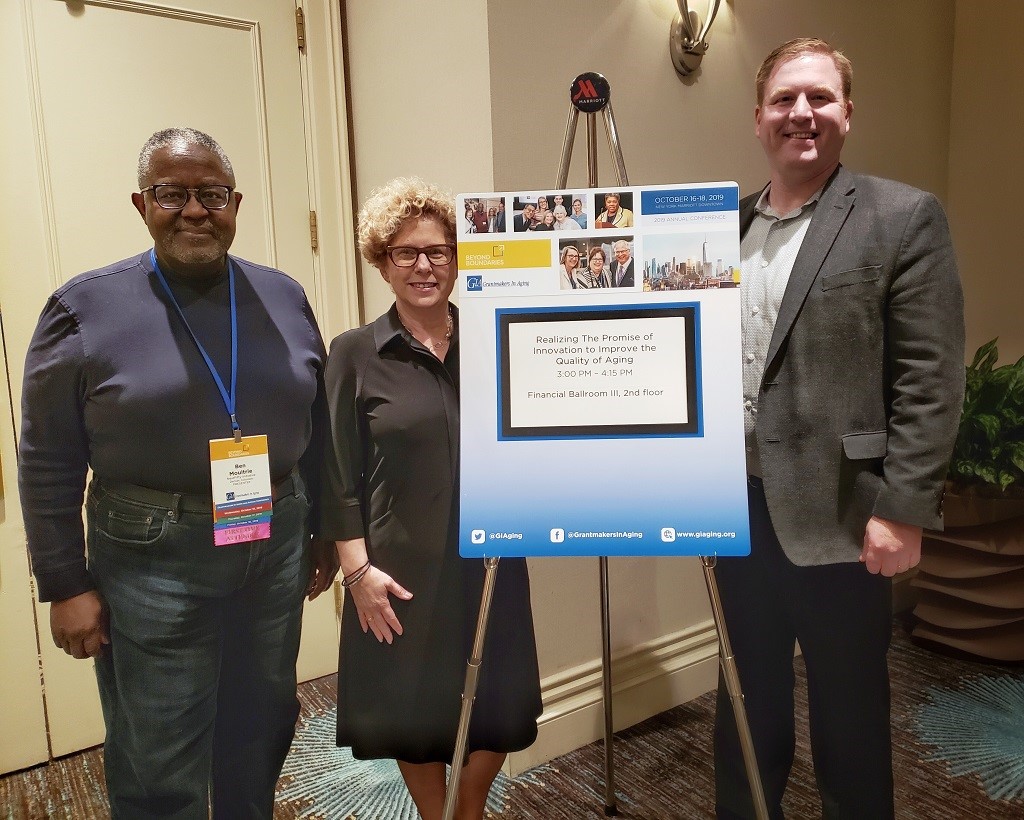 She was joined on the panel by CTA Executive Director Steve Ewell, as well as by Ben Moultrie, an advocate with the Colorado-based Next50 Initiative, a private foundation that funds game-changing efforts to improve and sustain the quality of life for people in their second 50 years.

Earlier in the month, Zionts also served on a national panel that highlighted the needs of older adults living with HIV or AIDS. More than half of all Americans living with the disease today are age 50 or older, a percentage that will surge to 70 percent by 2030. As Zionts noted, the current service systems around aging, mental health and HIV/AIDS each exist in silos, resulting in missed opportunities to meet the changing needs of older adults. Addressing the intersection of these three issues is an area of great interest to JHF.