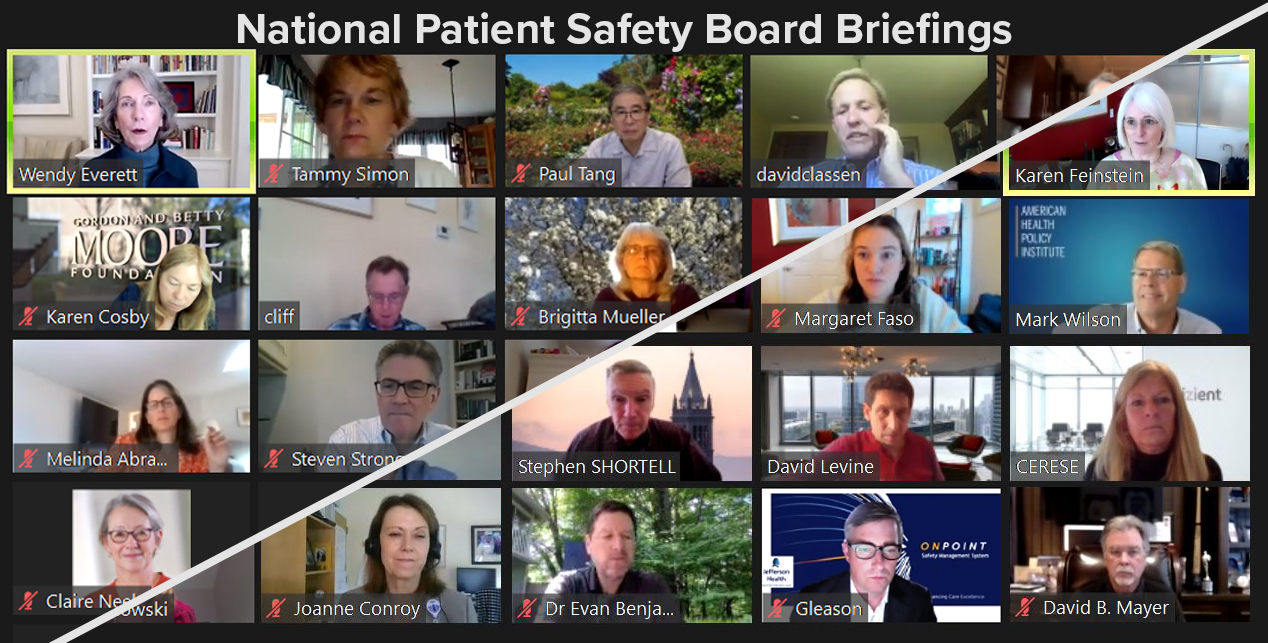 Leaders from across the country met for two briefings

In May, the Jewish Healthcare Foundation (JHF) convened over 30 leaders across the United States for two updates on its work to advance a federal patient safety agency. Many of the people attending the May 18 and 27 briefings had attended early group or individual conversations on the proposal. Much work has gone on over the last few months and it seemed appropriate to engage some key stakeholders at this point to understand and perhaps advance the policy work. Attendees had previously joined the SWERVE rapid-fire sessions and virtual summits that JHF, the Pittsburgh Regional Health Initiative, and the Network for Excellence in Health Innovation (NEHI) facilitated in 2020 to identify a new solution to the persistent problem of medical harm. SWERVE participants chose the National Patient Safety Board (NPSB) option over others.

Wendy Everett, ScD, Senior Advisor of NEHI opened the meeting with the background behind the patient safety initiative and announced the name change from an "authority" to a "board."

Karen Wolk Feinstein, PhD, President and CEO of JHF reviewed the patient safety ecosystem in the United States, explaining that a federal agency could support and extend the work of other patient safety agencies across the country, much like the National Transportation Safety Board (NTSB) does for the transportation industry.

Robert Sumwalt, Chairman of the NTSB shared a brief summary of the NTSB's work and described how the NTSB is an accident investigation agency that makes recommendations to strengthen the system of the transportation industry.

James Gelfand, JD, Senior Vice President, Health Policy at ERIC spoke about the opportunity for the leaders to join the NPSB Policy and Advocacy Coalition. The national Coalition includes executive-level representatives from hospitals and health systems, health policy and quality improvement institutes, regional and national associations and networks, schools of health education, foundations, and science and technology leaders from across the country. The Coalition formed to build the NPSB's case and presence, engage other allies, leverage connections with policymakers, and advance draft legislation to create the NPSB. Gelfand reported that the Coalition is reaching general consensus on various aspects of a federal patient safety agency, as Coalition members help shape a new entity. The Coalition offers the opportunity to inform many key stakeholders as well as federal legislators and staff of agencies, and Gelfand reported that many contacts view the concept of the agency favorably. The Coalition's immediate aim is to secure co-sponsors and introduce legislation in the coming months.