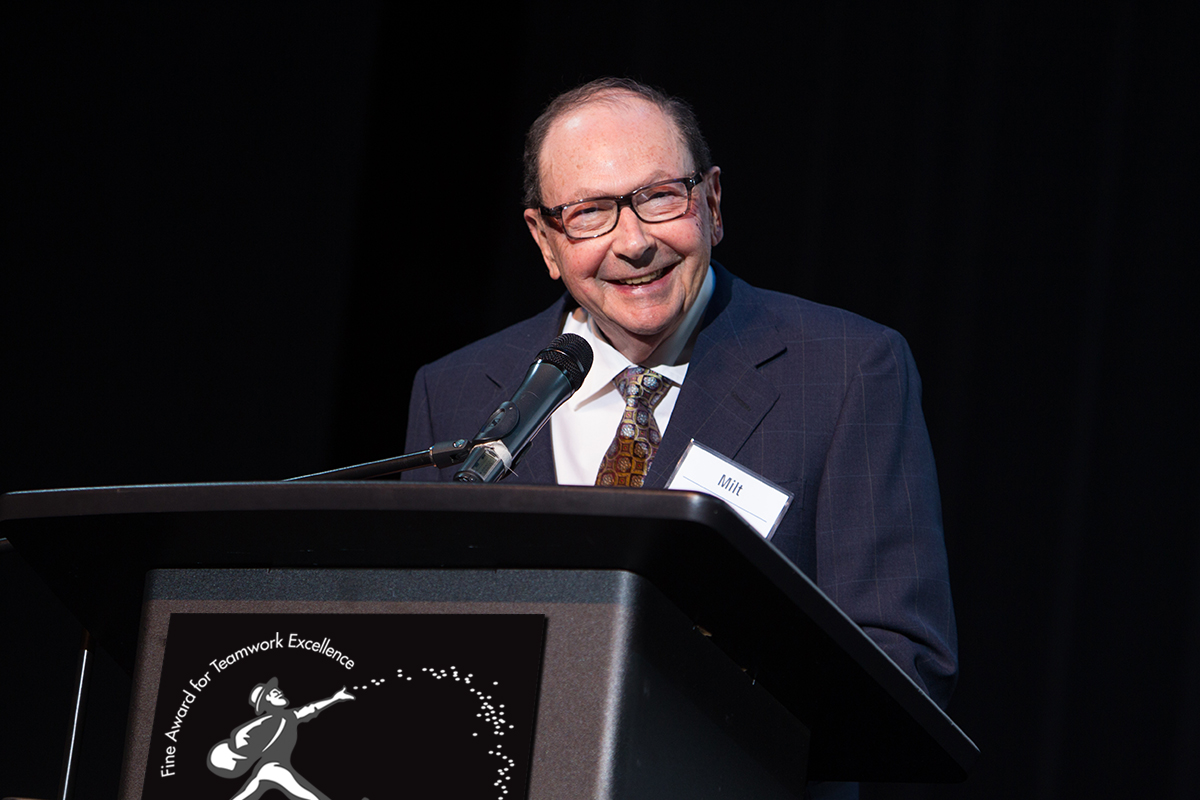 The Jewish Healthcare Foundation pays tribute to the life and work of Milton Fine, who died March 27 at the age of 92.

Milt's contributions to Pittsburgh's cultural life and the Jewish community are well-known, as is his business acumen in building the world's largest hotel management firm. At JHF, we had the honor of creating with him the Fine Awards for Teamwork Excellence in Health Care, which have been given annually since 2008. With his wife Sheila, Milt paid attention to all aspects of the award.

The Fine Awards recognize local healthcare teams that have achieved breakthroughs in safe, efficient patient care, drawing attention to the critical role of teamwork. The award came out of a conversation between Milt and JHF CEO Karen Wolk Feinstein not long after The Fine Foundation was established.

Dr. Feinstein described JHF's work in addressing the flaws in health care — the workarounds, errors, unreliable practices, and inefficiencies that proved harmful to patients. As an expert in the hospitality business, Milt "understood how serious these flaws are for the patient — the customer — and the organization," Dr. Feinstein said. Hotels "would go out of business if they had practices like health care."

Milt wanted to highlight and reward frontline teams. He had a vision of healthcare systems that, like his hotels, were wired for customer excellence. He believed that awards could advance patient care overall if quality was acknowledged and celebrated.

"Breakthroughs are happening every day on the frontlines of patient care," he said in 2009. "These Awards shine the spotlight on those often overlooked achievements and highlight the dramatic improvements that people at the frontline are making to the healthcare system."

Each year, Milt would look for ways to advance the award and to challenge us all to increase its impact. He encouraged the winners to become mentors to young healthcare professionals through JHF's Patient Safety Fellowship.

"Last year, we measured the cumulative impact of 10 years of the Fine Awards for Milt," said Dr. Feinstein. "To everyone's delight, we discovered that more than 80% of past Fine Award winners sustained their quality improvement projects, and over 50% have spread their projects to other departments within their organization."