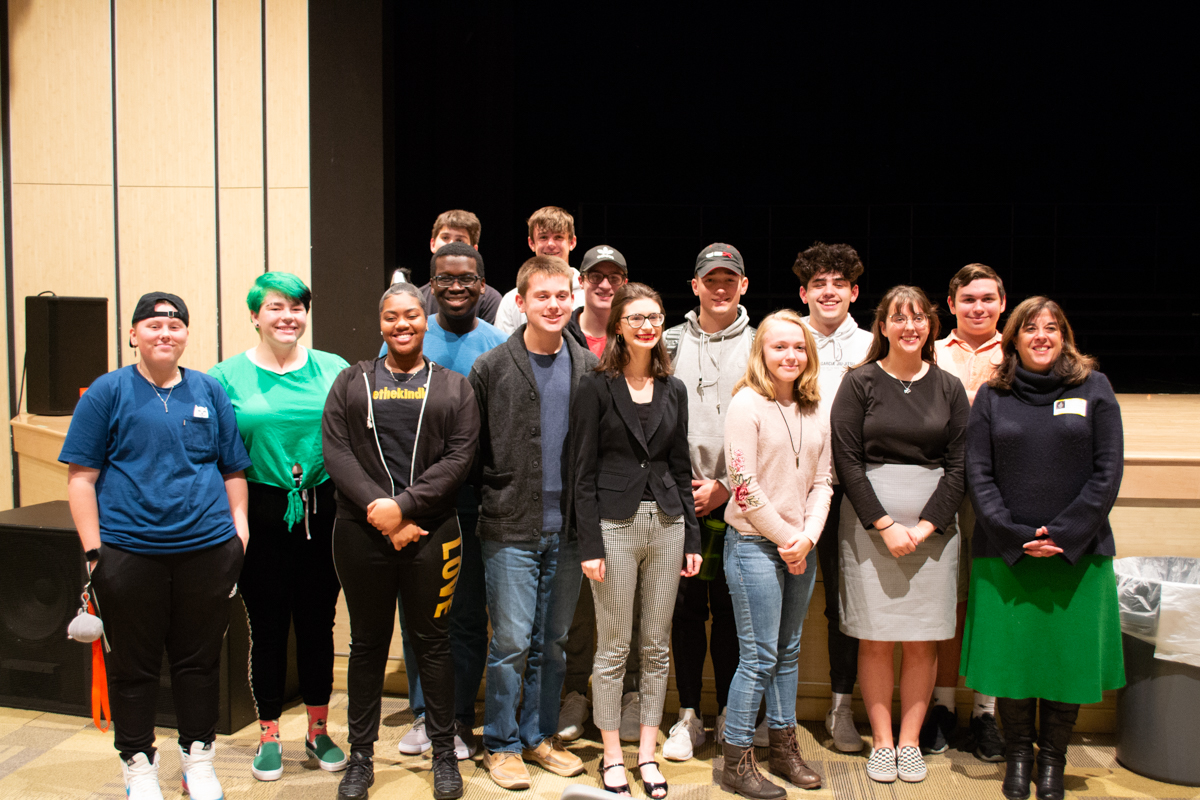 T he November 8 event was an outgrowth of JHF work led by Deborah Murdoch, JHF Program Manager and coordinator of a youth activist network that involves students in Stand Together – a peer-to-peer initiative of the Allegheny County Department of Human Services' Office of Behavior Health. Stand Together aims to prepare youth to take action against stigma associated with mental illness and substance use disorders. Representative Kulik's enthusiastic meeting with students in Harrisburg in May prompted a follow-up invitation to speak at Montour. Montour twelfth grade student Delaney Broad and eleventh grade student Jack Pockl, Co-Editors-in-Chief of Montour High School's Monitor Minutes, share a story about Kulik's visit.

On November 8, State Representative Anita Kulik visited Montour High School and spoke openly with students about issues that are relevant to their lives today. Some of the issues discussed during the meeting was LGBTQIA+ issues, mental health stigmas, school funding, and sex education.

The topics that were chosen for her to talk about were brought up by her hosts because they believe that they were relevant to students today.

Kulik wanted to specifically speak to the students because they are "ground zero, and they are the people who are going through the issues."

Speaking with the students helps Kulik with her job as representative because it is her job to represent her district and ultimately Pennsylvania. The information given to her by the Montour students can then be taken to other school districts and possibly even to Harrisburg to advocate for issues that are pertinent to high school students.

One example of how Kulik is working with information from local communities and students would be her work with Alina's Law. They will be going to Harrisburg in January and she will be partnering with one of her fellow representatives who is a Republican.

Kulik does not just plan to visit Montour, she always visits other school districts and plans to continue doing so in the future.

There were several other people in attendance of the event. They wanted to bring Kulik in to speak with the students.

Deborah Murdoch who is coordinating a youth activist network around mental health, involving students in Stand Together, was one of the hosts who wanted to bring Kulik in to speak. Murdoch had worked with other students from Montour who got to visit with Kulik in January. Murdoch saw how welcoming Kulik was to the students and wanted to give her another opportunity to interact with the students.

Also in attendance was Carol Frazer, with the Jewish Healthcare Foundation. She wanted to invite Kulik to the school to not only give the students an opportunity to speak with her, but an opportunity for her to hear from the students.

Mike Gruber, who works for an organization that works closely with and helps to fund Stand Together, believed that it is important that the legislatures need to hear from the youth on the concerns they have with mental health issues.

Sally Jo Snyder works with Consumer Health, an advocacy group that works with people that are marginalized. She was very excited to hear from the students and how passionate they were about the different topics of the day, especially students in Montour's GSA.