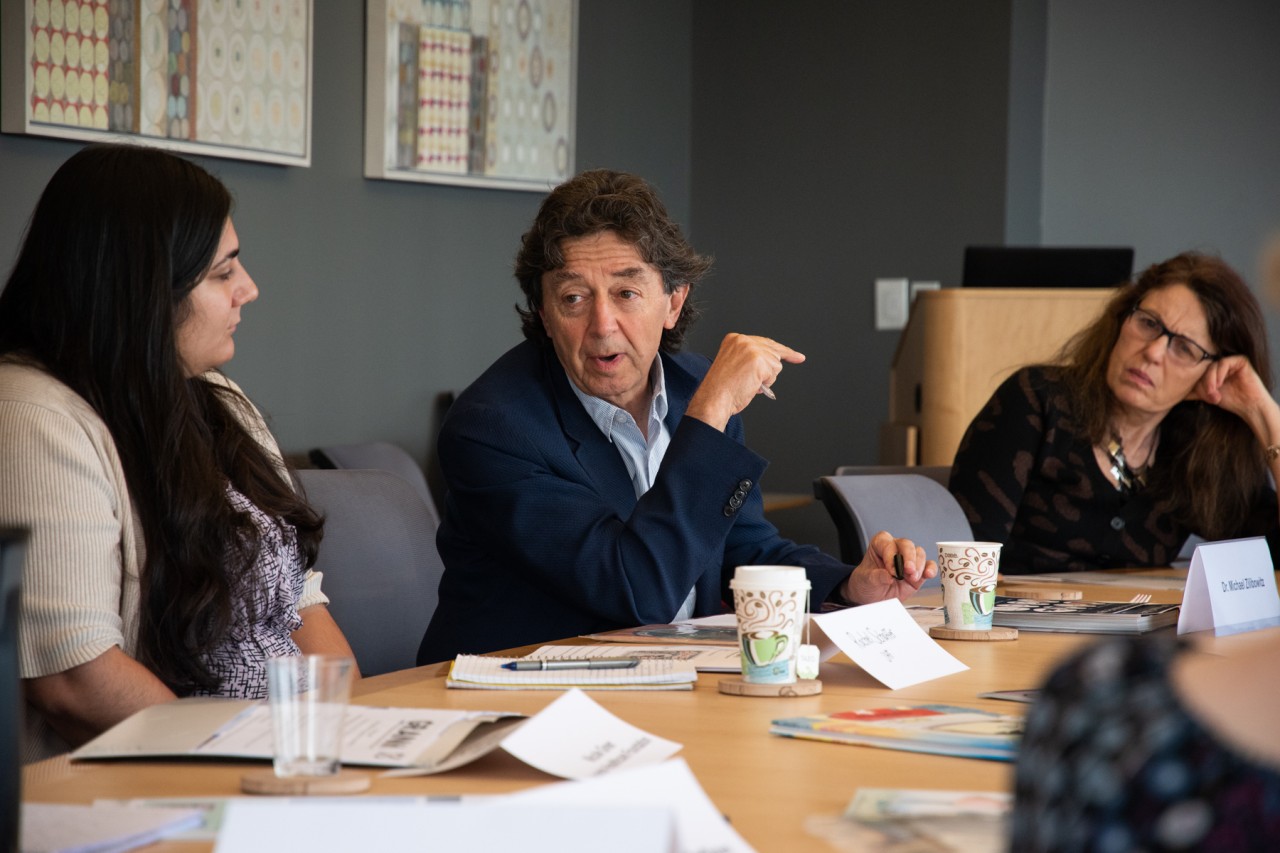 Zilibowitz met with JHF teams working on child, teen and maternal health issues, as well as with WHAMglobal’s regional advisory board.

The Dalwood Spilstead Early Years Intervention and Support Service Center provides multidisciplinary health, education, and support services for families struggling with parenting and child development. The center's integrated approach provides services for both parents and children under one service umbrella and from one team.

Staff and volunteers from the Jewish Healthcare Foundation and the Women's Health Activist Movement Global (WHAMglobal) were astounded by Dalwood Spilstead under Zilibowitz's leadership in April 2018, when they shaped and participated in a two-week, maternal-health, study tour in Australia. JHF invited him to Pittsburgh the next time he'd be in the U.S., and on September 26 he met with JHF staff teams and community partners to discuss childhood anxiety, teen mental health and intergenerational reading opportunities through the new GRAN reading program. He also met with the WHAMglobal regional advisory board to discuss maternal health and wellness, sharing his unique model of care from Sydney. 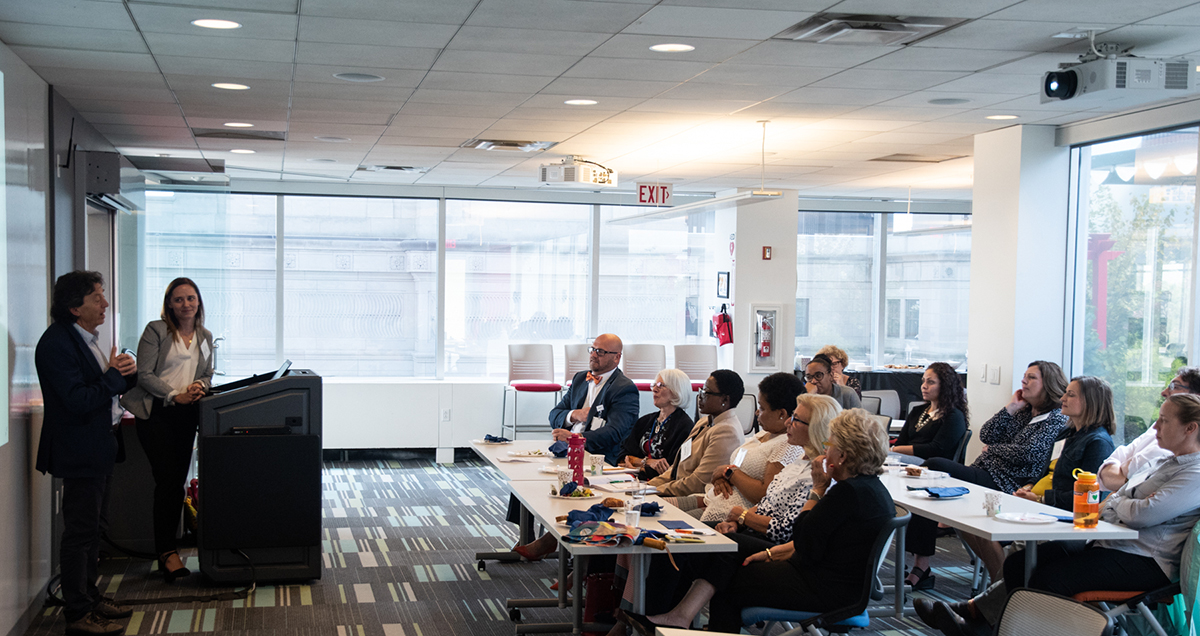 "The number and quality of services that kick in automatically from pre- to post-natal, including in-home visits by nurses and midwives in the first weeks of pregnancy and of a baby's life, are extraordinary," said Karen Wolk Feinstein, JHF's CEO. "There are so many considerations that contribute to a successful pregnancy. In the United States, it's considered a success if the baby and mother survive childbirth."

Dalwood Spilstead goes much further than his nation's baseline, Zilibowitz said, during his day-long visit to JHF's offices. Expectant mothers learn breathing and mindfulness exercises to lower stress and nurture a connection with their babies. The center includes a therapeutic pre-school with a high ratio of teachers to children, occupational therapists and speech-language pathologists.

"If you can build in support to families at the beginning, and with a bit of intensity, the difference is enormous," Zilibowitz said. "Economists have studied this, and models suggest that every dollar spent in early childhood intervention saves $17 over the life of that child. That's in positives like stronger impulse control, higher grades, and better jobs; and in avoiding teen pregnancy, incarceration, depression, anxiety, and suicide."

Zilibowitz described an approach his center uses called Wait, Watch and Wonder, in which a parent engages one-on-one with their child by sitting with them, and resisting the urge to direct their toddler's activities toward learning and skills enrichment. Instead, they allow the child to guide the encounter. 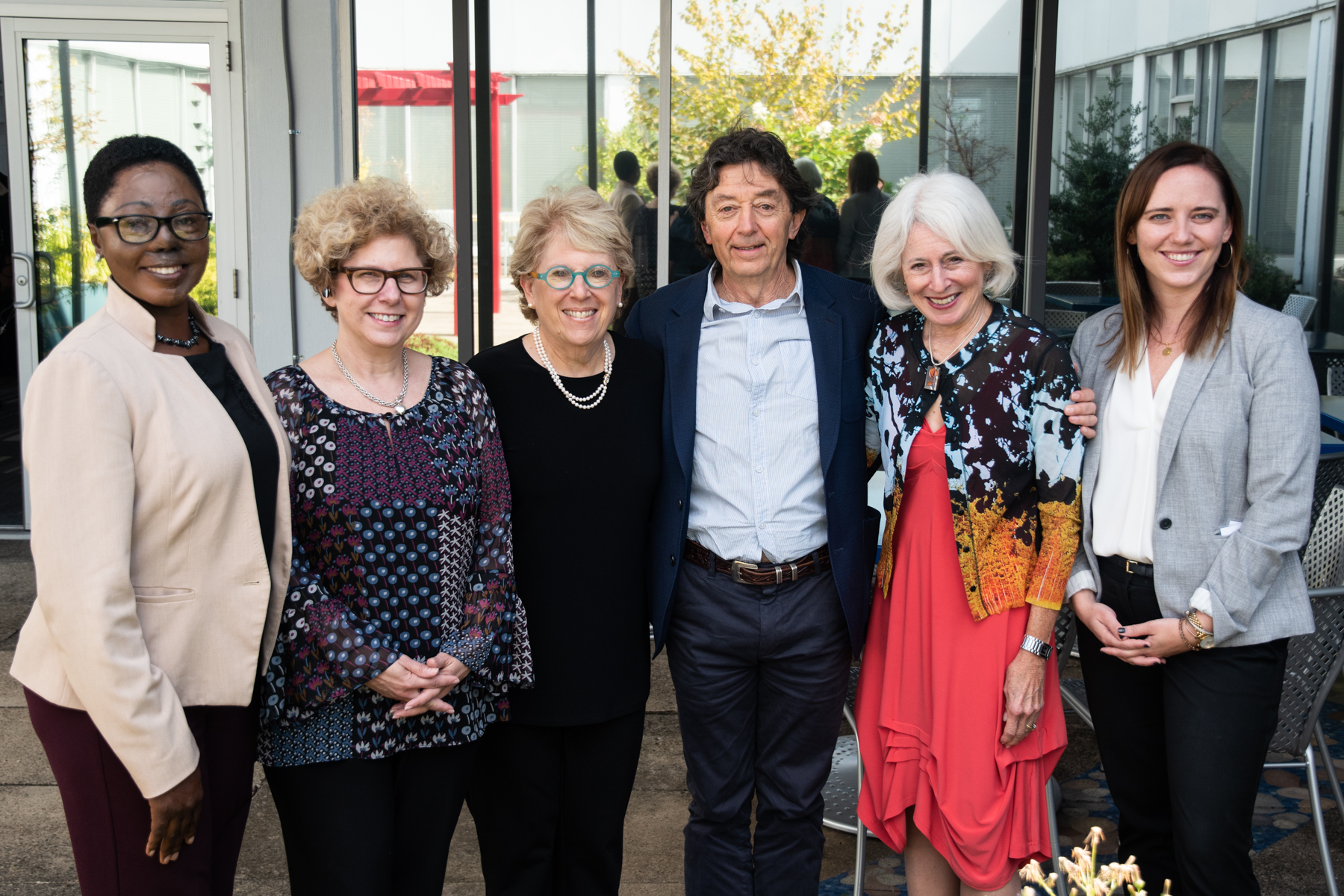 "A child's job is play," he said. "It's not telling them what to do, not solving their problems for them. It's allowing a child to escape into their own world. A parent can communicate what the child is doing – but without judgment or questions. 'You're building a very big tower. You're knocking it down. You're building it again.' It's being still and present with them, to follow their attention, and let them show what they want from us."

Those principles could be useful when engaging people living with dementia, Zilibowitz theorized, in response to questions posed during discussions of JHF's various programs.He also expressed delight about the Family Spinner, a cardboard disk that helps parents and kids talk to each other, and the forthcoming GRAN intergenerational reading program.

"Such beautiful ideas," he said. "I will take these back home with me."